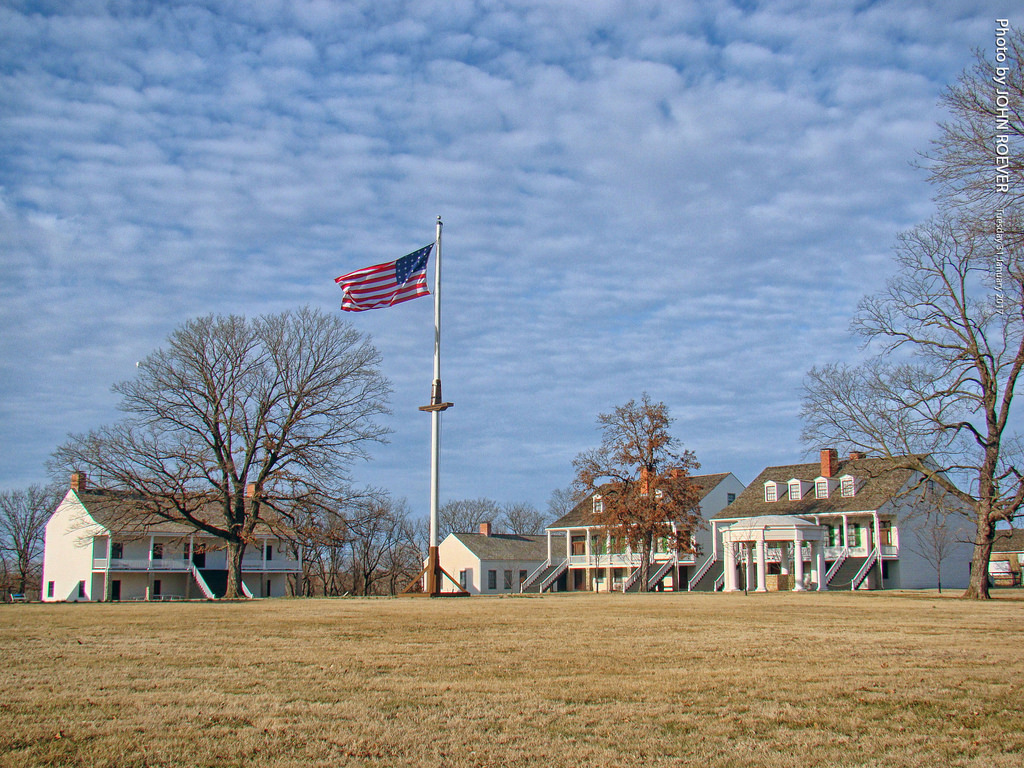 Nowadays, this location is just about as central as you can get, but when Ft. Scott was established in 1842, it was on the nation’s western frontier.  Before we delve into the fort’s histiry, please take a couple of minutes to watch this YouTube, video in which a ranger explains how and why the fort was constructed:  www.youtube.com/watch?v=FrVbMcsPhZA.

At that time, our nation was pretty much confined to the east side of the Mississippi River, leaving the vast western side for native Americans.  The federal government implemented a so-called “permanent” solution – moving the natives to the western side and prohibiting whites from settling there.  Fort Scott was part of a string of Army forts established to enforce a north-south border extending from Minnesota to Louisiana. 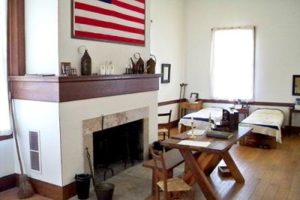 That plan failed miserably.  However, from 1842 to 1873 Fort Scott was in the midst of changes that would transform the nation and propel it to the future.

Fort Scott NHS has a terrific web site (www.nps.gov/fosc ) that provides imbedded video clips illustrating those changes and Fort Scott’s role.  Thanks to that, I’ll skip providing historical details.  Let me just show you how to access the videos. 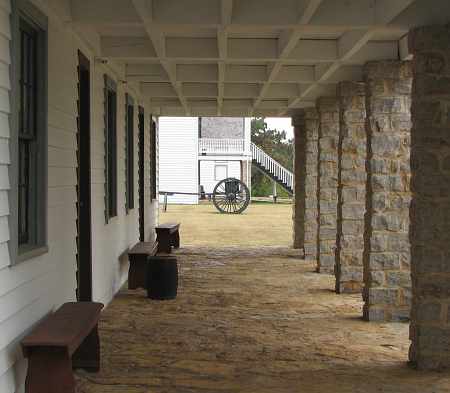 From the web site’s landing page, use the LEARN ABOUT THE PARK dropdown menu, then click on HISTORY AND CULTURE.  Scroll down for illustrated text, plus video links.  These segments comprise the official video shown in the Visitor Center.  So if you don’t have time to watch before leaving home, you can view them at the park.

Fort Scott NHS is located right downtown in the city of Fort Scott, which is an hour’s drive south of Kansas City via US 69.  The park is open 8-5 daily April through October and 8:30-4:30 November through March.  Entry is FREE!  The Visitor Center (same hours) is in the base hospital.

Of the fort’s 22 original buildings, 11 are open to the public.  Three have museum displays.  I suggest you allow at least two hours for your visit.  There are restaurants within walking distance when you get hungry.

This year the National Park Service is launching a free smartphone app designed to enhance your visit.  Use the link on the landing page to find out more. 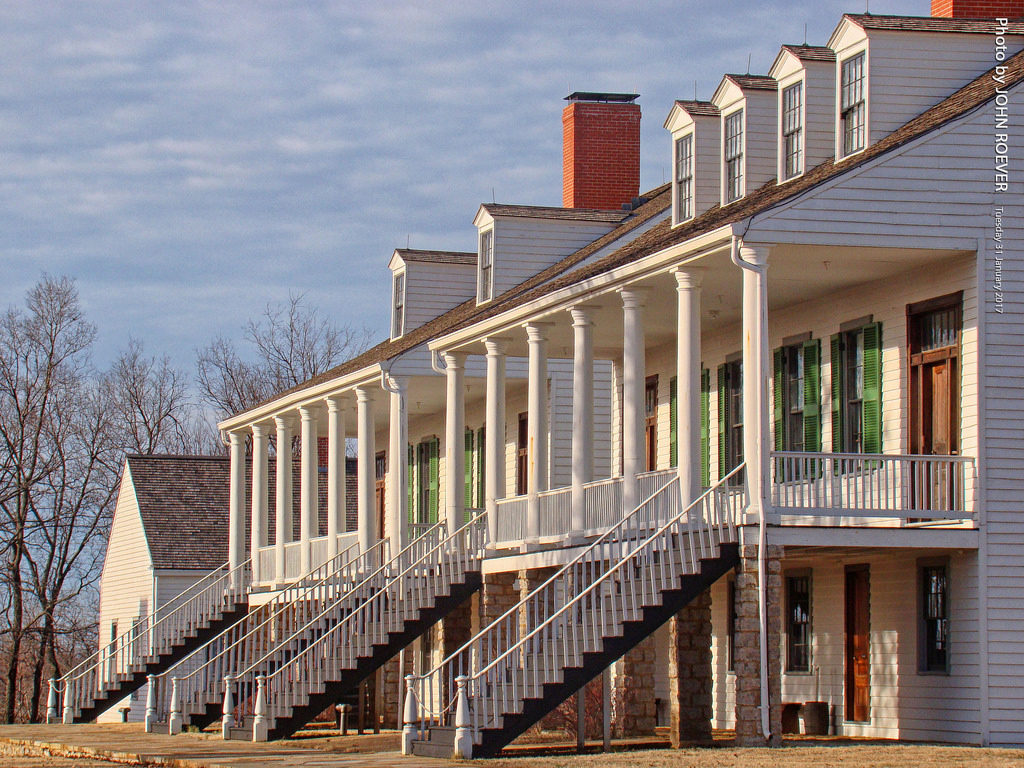 You can run out of adjectives really fast when describing END_OF_DOCUMENT_TOKEN_TO_BE_REPLACED

Welcome to Benefit Street – the most impressive neighborhood of END_OF_DOCUMENT_TOKEN_TO_BE_REPLACED