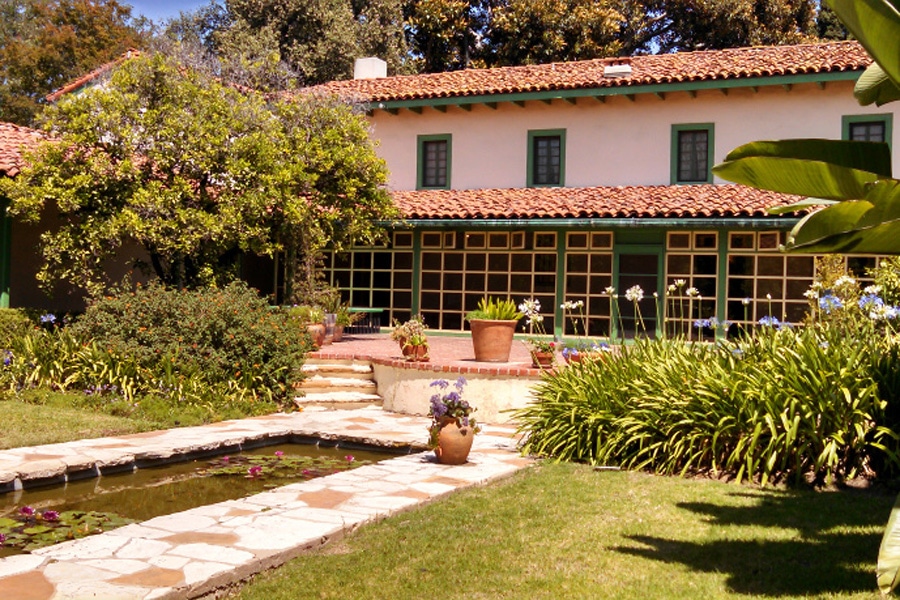 This week’s excursion hardly qualifies as a road trip for most of you reading this.    After all, it’s just a few exits down your favorite freeway in Long Beach, and its appeal is mainly local.  But the rancho is a nice place to spend an hour or two, and perhaps soak in some California history.

Does Long Beach have a history besides serving as a beach resort for the city of Los Angeles, as well as a commercial seaport and big-time Navy town?   It’s my home town – I was born and raised there – and managed to grow up without learning much of it. 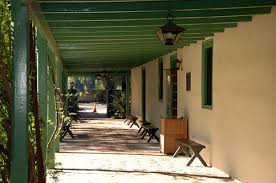 The work I did preparing this post triggered a memory of a school field trip during which we visited the Rancho Los Cerritos adobe house and learned how people lived 100 years before.  On my recent visit I learned that the area was a focus of native American culture.  These were the Tong-wa people, who later became known as the Gabrielenos after a forced assignment to Mission San Gabriel.

The Los Cerritos area became a center for ranching and farming under the flags of Spain, Mexico and the United States.

Beginning with Manuel Nieto in 1784, many high-ranking Spanish soldiers were awarded huge land grants in an effort to encourage settlement in California.  Nieto received a 300,000-acre grant known as Rancho Los Cerritos that extended from Whittier – where I live now – to the ocean. 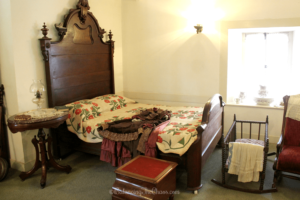 What did it look like in those days?  We can only speculate, but its geographic assets suggest it was similar to what you see driving on I-5 through the Camp Pendleton Marine Corps base.

During the transition to Mexican rule. The property was reduced, but the Nieto family held it for 50 years as an agricultural operation.

An American named John Temple bought it and built the two-story adobe house in 1844.  This short YouTube video will give you a nice preview.  Go to www.youtube.com/watch?v=74TOXYBEZ4s

The Gold Rush created a major demand for meat and materials, and Temple’s large-scale cattle operation prospered.  It raised both cattle and sheep, as well as such field crops as beans, alfalfa and barley.  A major flood in the 1860s caused Temple to retire, and the property was parceled off and sold.  The Bixby family occupied the adobe from 1866 to 1891.

It then fell into a period of decline and disrepair due to general neglect.  The adobe was renovated in the 1920s, then was sold along with 4.7 acres to the City of Long Beach.  It opened as a public museum in 1955.

Rancho Los Cerritos is open Wednesday-Sunday from 1 to 5.  Admission is free and includes a docent-led guided tour.

To get there, exit I-405 onto Long Beach Blvd. north.  Turn left at San Antonio Dr., then turn right onto Virginia Rd.  The rancho is at 4600 Virginia Rd.  The museum’s web site is at www.rancholoscerritos.org. 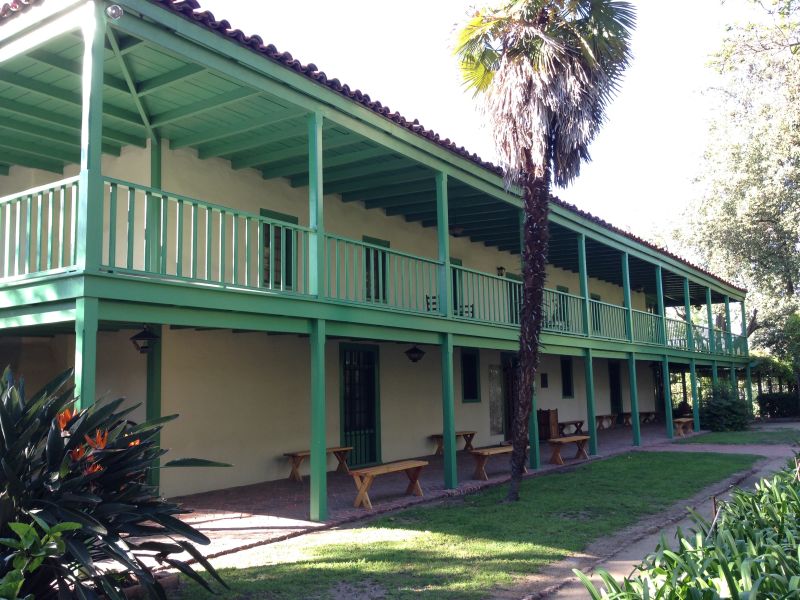 This week’s road trip takes us to Fort Scott END_OF_DOCUMENT_TOKEN_TO_BE_REPLACED

You can run out of adjectives really fast when describing END_OF_DOCUMENT_TOKEN_TO_BE_REPLACED

Welcome to Benefit Street – the most impressive neighborhood of END_OF_DOCUMENT_TOKEN_TO_BE_REPLACED