Things are quiet these days in the village of Lincoln in central New Mexico.  In the 1870s, however, President Rutherford B. Hayes called Lincoln’s main street “the most dangerous street in America.”

Welcome to Lincoln State Monument, a historic site that’s a long way from anywhere but which merits a two-hour visit if you’re in the area.  This was the scene of the infamous Lincoln County Range War – a bloody conflict that made household names out of Billy the Kid and Sheriff Pat Garrett, and which inspired a movie (Chisum) starring John Wayne.

When you visit, expect a fascinating history, but don’t expect great photos.  The scenery around here is somewhat less than scintillating, and the adobe-based territorial architecture never won any awards.  To a cattleman, however, it was paradise.  By the early 1870s, huge herds were established.

Cattle barons Lawrence Murphy and James Dolan dominated the economy, calling their business “the store.”  I’m not talking a 7-11 here, but rather an economic engine that monopolized all trade in the county.  With help from corrupt territorial officials, they owned large ranches and controlled banking, retail and wholesale supply, making huge profits.  (Haven’t we seen this in 10 different movies on the Western Channel?)

In 1876, a faction of smaller farmers established a rival store known as Tunstall and Co., and the war was on.  It included court battles, rustling, gunfights and murder.  Tunstall was murdered in 1878.  That fall President Hayes replaced the corrupt governor and other officials, and appointed The Virginian author Lew Wallace to take over the New Mexico Territory. 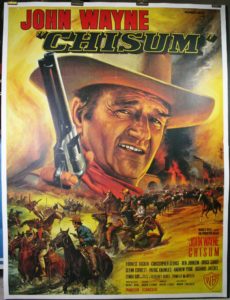 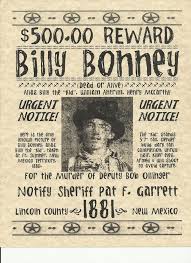 Wallace ended the war by establishing an amnesty for all those not already indicted.  The infamous Billy the Kid, one of Tunstall’s ranch hands, was wanted for murder and was exempt from the amnesty.  He formed his own gang of rustlers and killers.  Sheriff Pat Garrett pursued and caught Billy, who was tried. convicted and sentenced to hang. But Billy escaped from the Lincoln County Courthouse, murdering two deputies in the process.  Garrett chased him down and shot him to death.

The town then withered, going to sleep rather than dying.  The current population is about 75.

For details on the monument, go to its web site at http://nmhistoricsites.org/lincoln.

Lincoln State Monument includes 17 historic structures, seven of which are open to the public 9 to 5, seven days a week.  Admission is $5, under 17 free.

Start at the visitor center near the east end of town.  Browse the exhibits, and watch the 22-minute video.

The two sites I enjoyed most are:

Logistics.  Lincoln’s only accommodations are a couple of B&Bs.  The only restaurant closes two days a week.  There’s no store and no gas station.  All of these facilities are available within 10-12 miles.

One thought on “Lincoln, NM: Billy the Kid, the Duke and you”

This week’s road trip takes us to Fort Scott END_OF_DOCUMENT_TOKEN_TO_BE_REPLACED

You can run out of adjectives really fast when describing END_OF_DOCUMENT_TOKEN_TO_BE_REPLACED