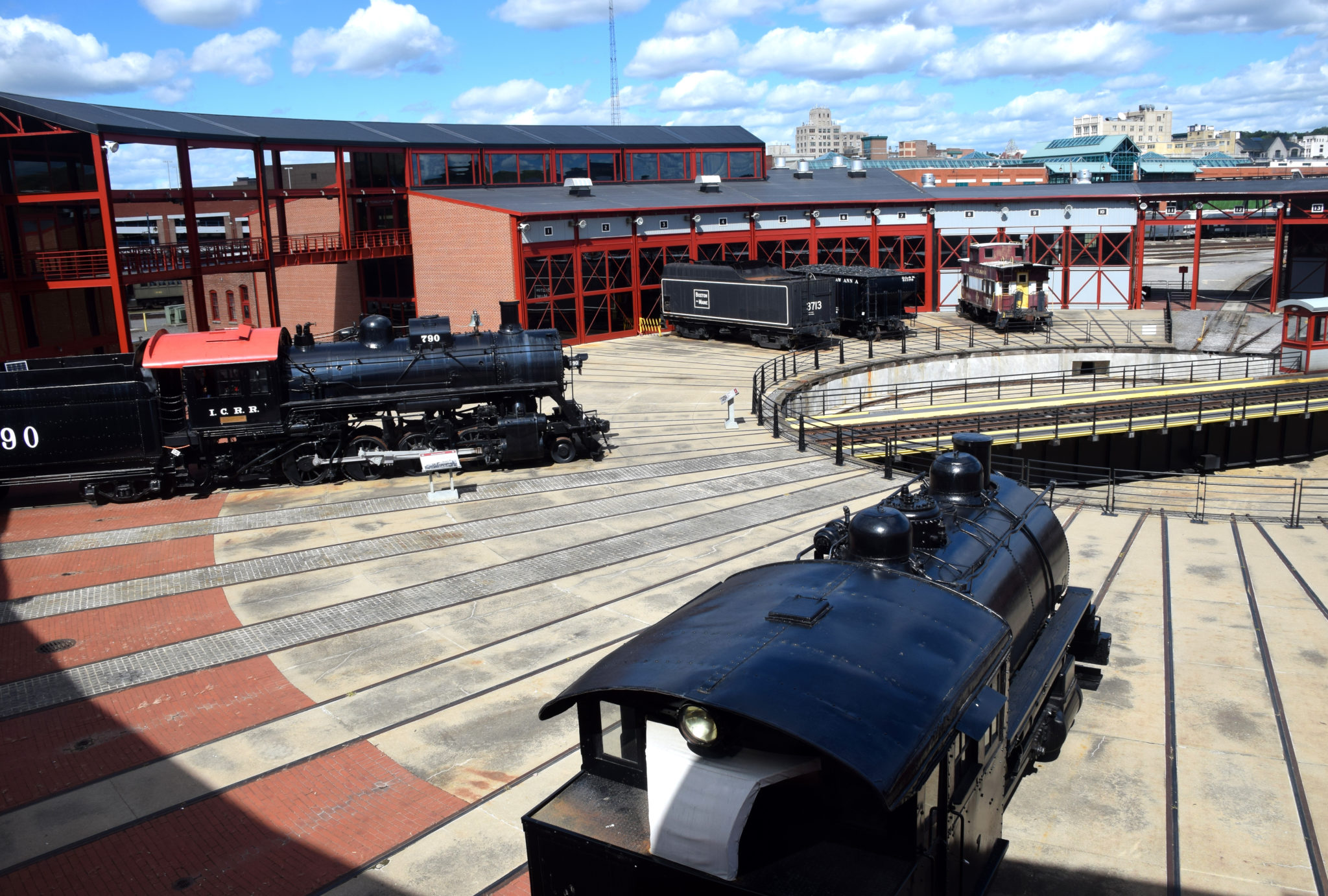 If you love trains and railroading, make sure Steamtown is on your road trip bucket list.  This compact national park in a downbeat Rust Belt city is nirvana for rail buffs and a great place to bring the kids.

Officially, it’s Steamtown National Historic Site, located in Scranton, Pennsylvania.  Here, the National Park Service has transformed the former roundhouse and yards of the Delaware, Lackawanna and Western Railroad, into a showplace that illustrates the role steam railroading played in U.S. history.  It’s the only place in the National Park system with this historic focus.

The site’s collection includes locomotives, freight cars, cabooses, passenger cars and right-of-way maintenance equipment from several historic railroads.  Most of this rolling stock was rescued from the scrap heap and restored in the shops you can visit here.  (If you have a steam locomotive needing service, this is one of the few places that can do it.)

Your tax dollars at work

A highlight of Steamtown’s collection is the Union Pacific “Big Boy” – one of the biggest steam locomotives ever built.  It’s 132 feet long, weighs 1.2 million pounds and can haul 28 tons of coal.

This equipment represents an industry that literally transformed the United States from an agrarian backwater into a modern nation.  Until the end of World War I – just about a century ago – railroads carried the bulk of all freight and passengers.

The site represents an investment of $66 million – a nice piece of change for a Park Service unit that only attracted 99,000 visitors last year.  One of the volunteers on duty in the visitor center said Steamtown is at risk of funding cuts, because it’s under-utilized.

I enjoyed visiting Steamtown.  I spent about 2 ½ hours here.  My visit would have been longer, but I was too late for one of the short train rides given seasonally on a daily basis.  I was able to take a 45-minute guided tour of the roundhouse led by a volunteer who was a retired railroad man.

While I realize people who live on the East Coast aren’t nearly as likely to take weekend road trips as those of us in the West, Steamtown is an ideal destination for people from Boston to Washington.  In addition to the displays and train rides, there’s a wonderful hotel just a few blocks away (see below in Logistics for details).

Why Scranton?  Northeastern Pennsylvania is coal country, and this area is a center for the hard, clean-burning coal known as anthracite.  Scranton began with the iron and steel industry but later specialized in building and shipping iron rails for various railroads.  This led to the Delaware, Lackawanna and western Railroad, headquartered in Scranton, becoming a major player from the 1850s until the mid-20th century.  Scranton went on to become the poster city for labor unrest.

The death knell for steam railroading came when railroads found it more economical to switch to oil and gas.  Demand for anthracite dwindled, and Scranton went into a tailspin.  The National Park Service took over the DL&W property in 1986 and spent nine years creating the park site you see today.

Steamtown’s core is the roundhouse, which is organized into six sections – an open-air circle plus five structures around the perimeter. These are illustrated on the National Park Service’s 3D map above..

From the entrance and visitor center (marked #1), you walk counterclockwise through the circular complex through a historical museum, the actual roundhouse containing stalls where locomotives are restored and maintained, a section of the original roundhouse, and a technology museum.  Each section has two stories.  The work area has an elevated walkway that gives you an overhead view of the stalls, so you can observe maintenance and restoration work.

In the center is the 90-foot-long turntable, where rolling stock is rotated for placement into stalls.  You’re welcome to view exhibits in the open area inside the circle.

The complex is well-designed and first-rate.  The National Park Service hasn’t skimped in allocating your tax money to provide an excellent visitor experience.

Okay, enough about displays.  How about train rides?

Two types are offered.  Short rides in the local area are offered daily on a seasonal basis.  Check Steamtown’s web site for the schedule, or call (570) 340-5204.  From late spring to early fall, the Park Service runs excursion trains to various destinations.  These are very popular and may sell out.  Check the web site or call for more information.  The 2018 schedule wasn’t posted yet as of February 12.

The former station/office complex of the DL&W is now the Radisson Lackawanna Station Hotel.  It’s the closest hotel to Steamtown NHS, yet the room rates are pretty reasonable.  Even if you don’t stay there, be sure to stop and wander theough its spectacularly ornate lobby.

Speaking of ornate, next week we’re heading back to Utah, where we’ll conclude our series on its five awesome national parks with Arches.

This week’s road trip takes us to Fort Scott END_OF_DOCUMENT_TOKEN_TO_BE_REPLACED