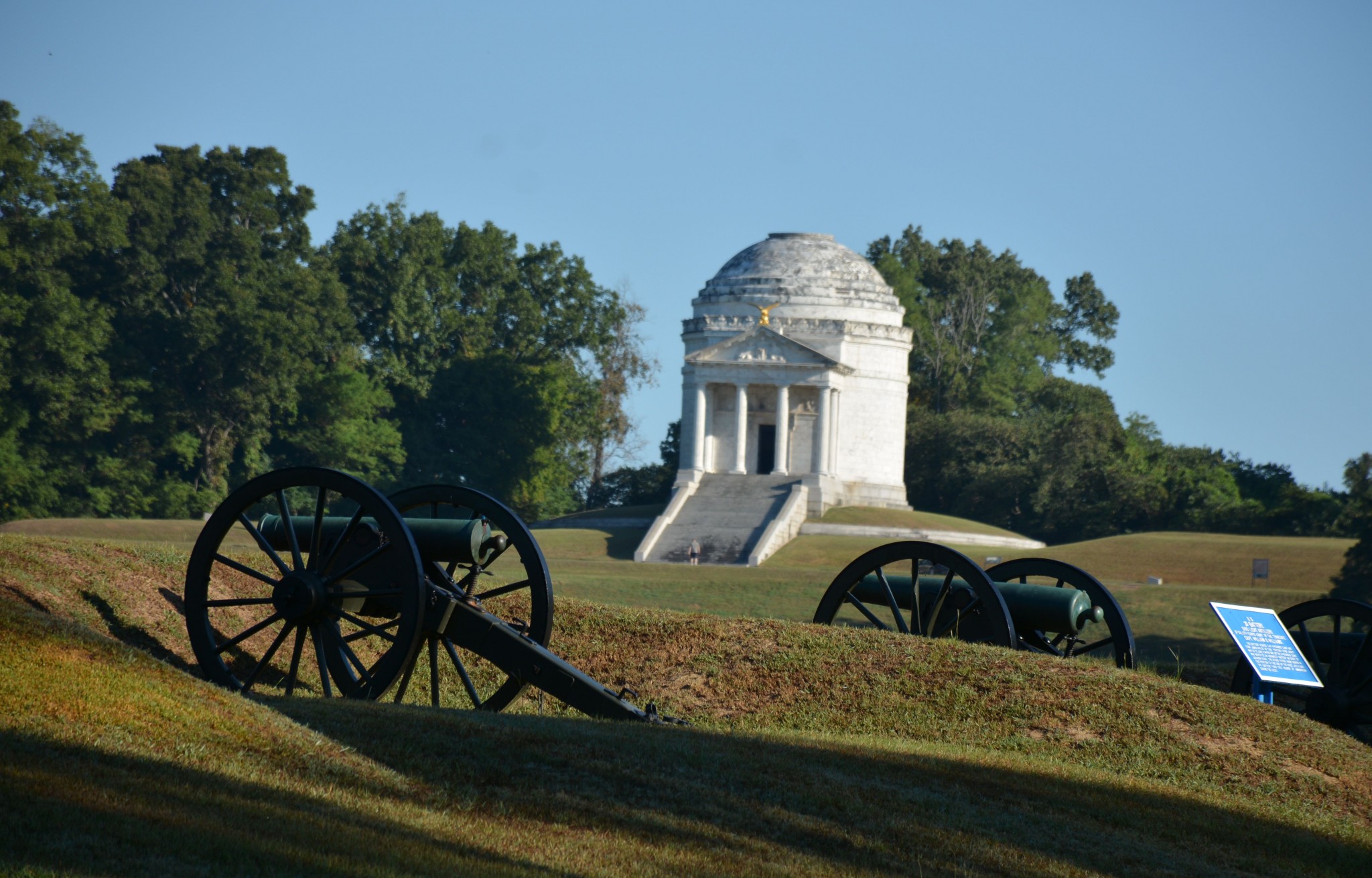 I’ve been to some of the major Civil War battlefields before – places like Antietam, Gettysburg and Shiloh.  But this was my first visit to what was probably the most important military engagement of the War Between the States.  That’s Vicksburg, Mississippi, or, as it’s officially known, Vicksburg National Military Park.  It was also the first time I was able to truly visualize the events that occurred on a Civil War battlefield more than 150 years ago.

Vicksburg was a critical geographic location for the Confederacy.  The eastern bank of the Mississippi River is lined with high bluffs.  From the bluffs, Confederate gunners were able to protect the river and hold the two halves of the Confederacy together.  President Abraham Lincoln and General Ulysses S. Grant knew that a victory at Vicksburg would cripple their opponent and lead to the war’s end.  Grant’s strategy was to attack Vicksburg from the east, thereby avoiding the big cannons on the river bluffs.  The siege lasted from May 18 to July 4, 1863, when Confederate General John C. Pemberton surrendered to Grant, giving a tremendous victory to the Union.

The best time to visit this park is early in the morning.  On a weekday in mid-September I saw only one other car.  There were a few joggers and bicyclists.  Most of the park is a succession of rolling meadows with groves of tall trees.  On the meadows are dozens of cannons, along with monuments erected by the states that sent large numbers of their sons to the conflict.  I found a spot on a bench and thought about what this peaceful, serene place must’ve been like during the battle.  I could almost hear the screams of the wounded, the moans of the dying, the cracks of rifle shots and the occasional booms of cannons.  I could see smoke wafting its way among the corpses littering the meadow.  And I could smell the powder, smoke, death and, most of all, the bowel-clenching fear these young farmers must have felt.

Eighteen thousand Union troops died here.  And they won!  No record was kept of Confederate dead.

The park is open for day use only.  Hours are 8 to 5.  The USS Cairo Museum, which displays the remains of a Civil War Union gunboat, opens at 8:30.  Park admission is $8 per car, $4 per motorcycle (or bicycle).  The full tour road covers 16 miles.

To get there, take Interstate 20 to Exit 4C (Clay St.).  The park entrance is just a few blocks ahead on the right.  While you’re there, be sure to take time to explore the historic district of Vicksburg. Hotels and other travel services are just outside the park.

This week’s road trip takes us to Fort Scott END_OF_DOCUMENT_TOKEN_TO_BE_REPLACED

You can run out of adjectives really fast when describing END_OF_DOCUMENT_TOKEN_TO_BE_REPLACED