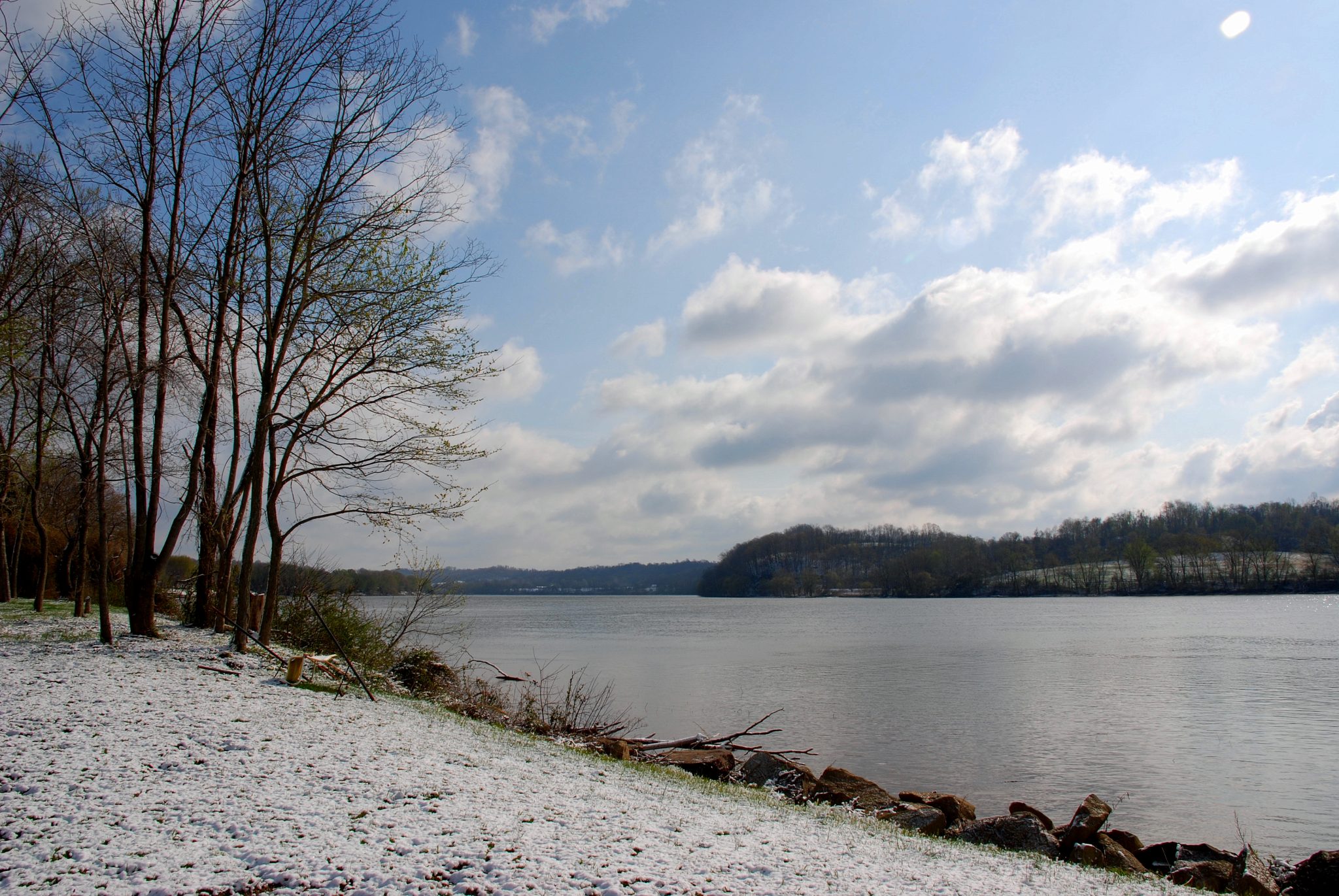 This week we’re taking a road trip along the Ohio River, from Madison, Ind., to Wheeling, W.V.

I’ll provide some route guidance but leave you to agree or disagree with those who call the Ohio “America’s Rhine” or “America’s River.”

Who should take this trip:  Worthwhile for anyone.  It’s both a destination and a side trip for anyone traveling from the Midwest to the East on I-64 or I-70

Type of route:  Point to point

Major airports for those flying in:  Louisville, Cincinnati and Pittsburgh

The Ohio River is 981 miles long.  It begins in Pittsburgh at the confluence of the Allegheny and Monongahela Rivers, and ends at Cairo, Illinois, where it joins the Mississippi.  I was surprised to learn that the Ohio actually contributes more flow than the Mississippi at that confluence.  The Ohio drains parts of 15 states.

On this trip we’ll travel mostly in Indiana and Ohio, with forays into Kentucky and West Virginia.  Pretty much the entire route is a National Scenic Byway.  The many byway signs make route finding a breeze.

The Ohio has two faces.  One is the benign river you see in the photo above, with cute small towns, rural scenery and water that beckons boaters, fisherpeople and waterskiers.  The other is industrial, with down-on their heels cities and ugly, giant powerplants emitting towers of smoke.

The Ohio Valley is relatively narrow, with low, forested hills on both banks.  The only major city on our route is Cincinnati.  Smaller cities include Portsmouth and Marietta, Ohio; Ashland, Ky., and Huntington, Parkersburg and Wheeling, W.V.  Of those, only Marietta will interest most road-trippers.

For thousands of years, the river was a major transportation and trade route for native Americans.  The first Europeans to see it were French fur traders, who arrived in 1669 and claimed the Ohio Valley for France.   In the 1780s the British shouldered their way into the Ohio Valley.  This resulted in the French and Indian War, after which the French ceded the valley to Great Britain.  Following the American Revolution, the Treaty of Paris gave the territory to the United States.

The Ohio River played a major role in westward expansion, serving as a travel route from the original colonies to the Mississippi and on to the West.  Later, it was a continuation of the Mason-Dixon line, separating slave states to the south from the free states north of the Ohio.

The river became important early on as an industrial hub, with steel mills and chemical plants lining its banks, and with the river serving as a means of transporting raw and finished materials.  Locks, dams and floodwalls were built to help control flooding, and big powerplants supplied the juice.  None are nuclear.

Madison, our starting point, is one of the country’s great small towns.  It was a Road Trips with Tom  featured destination in March 2016.  (To view the post, type Madison in the search box and hit Enter.)  Be sure to allow time to explore the town’s restored Main Street, its historic homes and the beautiful riverside park.  You’ll find Madison about an hour’s drive upstream from Louisville via I-65 and SR 62.

At the east end of Main St., continue on SR 56 instead of crossing the bridge into Kentucky.  Almost immediately, you’ll find yourself in rural countryside.  The road runs close to the river, then just inland past tobacco and other farms.  This is as good as it gets in Indiana.  At cute little Vevay, you might want to stop at the Life on the Ohio River Museum (12-4 daily).   SR 56 turns inland here; continue east on SR 156.  At Rising Sun, you’ll find yourself back on 56.

SR 56 ends at US 50.  There, you’re approaching the western tentacles of metro Cincinnati.  Want to visit the city?  If so, I’ll let you build your own itinerary.  If not, here’s your bypass:  Just past Lawrenceburg, take the entrance road for I-275 and the ramp for Kentucky.  After 24 miles of driving through suburban areas, the highway crosses back into Ohio.  Take Exit 71 for US 52, and you’ll be back on the Ohio River Scenic Byway.

You may have heard about Cincinnati’s take on chili.  It’s nothing like Texas chili; rather it’s a true regional specialty you can’t get anywhere else.  The chili is spooned on a bed of spaghetti and topped with onions, beans (optional) and lots of grated cheese.  I tried it many years ago for research purposes, and — surprise! — I liked it.  My preference is to add oyster crackers and tabasco sauce.  The three big franchise operations in the area are Empress, Gold Star and Skyline; all are pretty much the same.  You’ll find a Skyline facility on US 50 near the junction with Indiana SR 56.  Otherwise, use Yelp.

Your next must-see destination is Maysville, Kentucky.  To get there, you’ll pass 50-some miles with several small river towns, the nicest of which is Ripley.  Leave the highway and check out the very nice riverside park – a great place to watch the river go by.  There’s always a chance a river barge will chug by, carrying coal, chemicals or farm products.

At Aberdeen, you’ll see Maysville on the south bank.  Take the bridge across to Kentucky, then head into the compact downtown area.  Maysville was co-founded by Daniel Boone and served as an important point on the Underground Railroad, with the free state of Ohio promising freedom to escaping slaves.  You’ll want to see the beautiful murals on the floodwall.  The Kentucky Gateway Museum has a famous collection of miniatures (www.kygmc.org).  US 68 leads up the hill from downtown to a strip with motels and restaurants.

Back in Ohio, it’s 41 miles on the byway to Portsmouth, a downbeat town that does have some nice floodwall murals along Front St.  Another 40 miles brings you to the bridge leading to Huntington, W.V.  Two things to note on the way:  First, a signed turnoff leads to Ironton, a drab place with a few nice historic buildings.  And second, US 52 branches off to the south.  You’re  now on SR 7.

Huntington has seen better days, but it’s saved from being downbeat by the presence of Marshall University.  Its main attraction for road-trippers is its many motels and restaurants.  From Huntington, head back to Ohio and SR 7.

Thirty-some miles upriver is Gallipolis, founded by French immigrants.  I’ve never found the town to be particularly interesting, although I stayed overnight there last October.

Ever heard of Mothman?

Just for fun, though, cross the bridge to dreary Point Pleasant, W.V., to see one of the funkiest attractions on this road trip route.  It’s the  Mothman Museum, commemorating the 2002 film The Mothman Prophesies, starring Richard Gere and based on reports of a mysterious flying creature.  Whether or not the creature actually existed, there’s a statue of it on 4th St. and “the world’s only Mothman Museum” at 400 Main St. (open noon-5 daily, www.mothmanmuseum.com) .

Next stop is Pomeroy, a town I like a lot, with brightly colored buildings and a nice park along the river.  From there, the byway route leaves SR 7 and follows SR 124.  If you look at a map, you’ll see that this route is the long way to Parkersburg and Marietta.  Don’t skip it; this is a great drive along the river.

Don’t bother with Parkersburg unless you’re looking for accommodations.  Instead follow SR 7 into Marietta.  This is the third nice small city on our route.  Here, you’ll find Victorian houses, cobblestone streets, sightseeing cruises and the Ohio River Museum (601 Front St.).

After Marietta comes the longest stretch of relatively undeveloped riverside all the way to Wheeling.  The river is close on the right, and the Wayne National Forest on your left.  Several back roads lead north to scenic countryside.

At Marietta is the junction with I-77, which leads north to Columbus or south to Charleston.

A museum of American cooking

I want to call your attention to a restaurant I’ve been to four times despite living 2,500 miles away.  It’s Quinet’s in the small town of New Martinsville, W.V.  There’s a bridge nearby to get you across the river. Quinet’s is a buffet that’s a museum of American cooking – all the wonderful dishes your mother made but which just aren’t frequently seen any longer – things like short ribs, creamed chipped beef, tuna casserole, candied yams, leg of lamb, and a wide variety of fresh vegetables.  Awesome place!

At Wheeling, either I-470 or I-70 will carry you across the river into town.  Wheeling and nearby St. Clairsville, Ohio, have lots of motels and restaurants.  Head east for Pittsburgh or west to Columbus.

I hope you’ve enjoyed our Ohio River road trip.  Please come back to Road Trips with Tom on Sunday, May 21, when we visit California’s Pio Pico State Historical Park.

3 thoughts on “A road trip up the Ohio River”

This week’s road trip takes us to Fort Scott END_OF_DOCUMENT_TOKEN_TO_BE_REPLACED

You can run out of adjectives really fast when describing END_OF_DOCUMENT_TOKEN_TO_BE_REPLACED