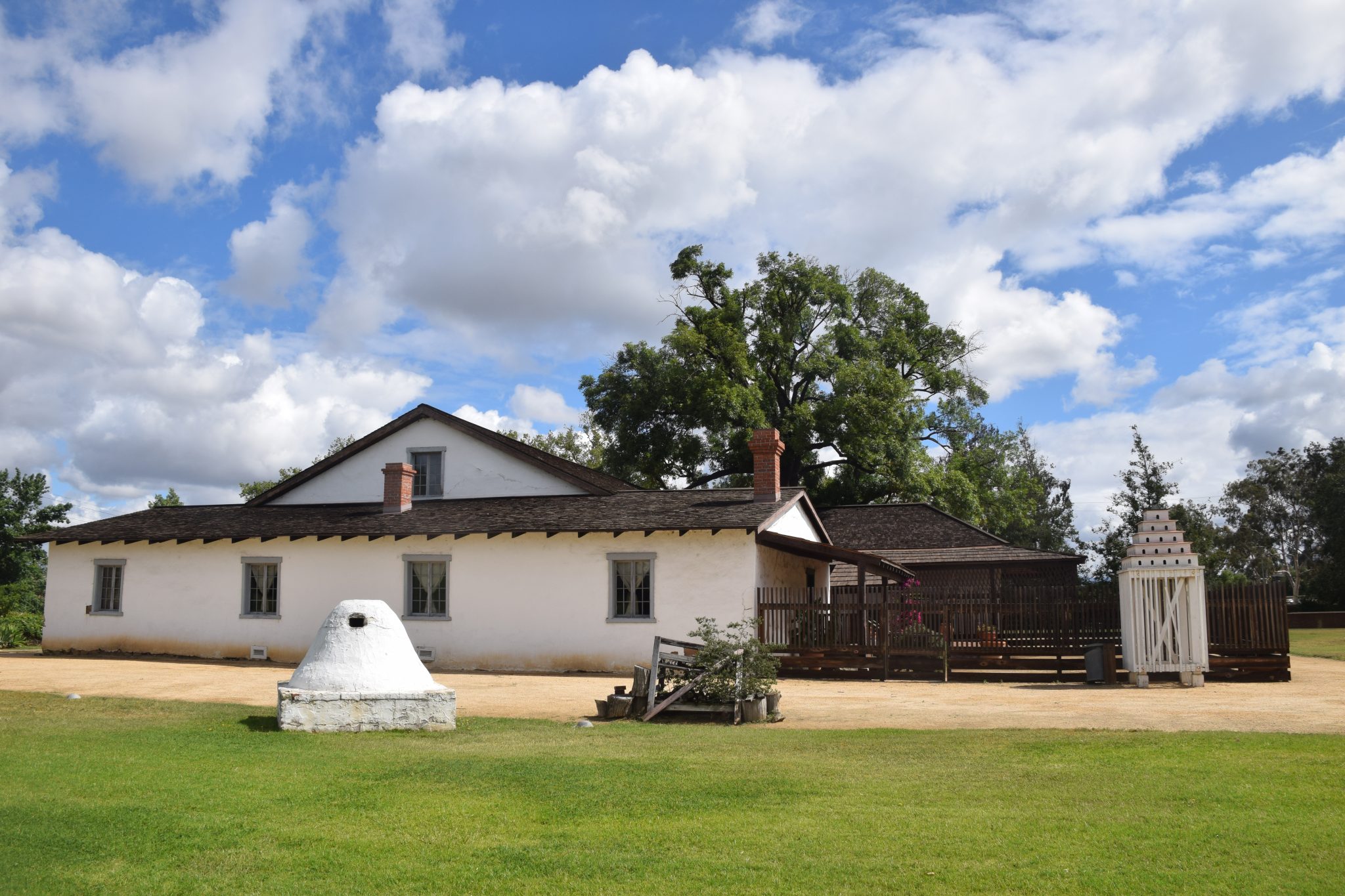 As road trips go, this was the shortest I’ll ever take.  I live in Whittier, and the drive to the Pico adobe was 1.6 miles.  This was my first visit, even though I’ve lived in Whittier since Moby Dick was a guppy.  Of course, the mansion was closed for many years following the 1987 Whittier earthquake.

It’s open on weekends now for self-guided tours and is worth the short trip if you live in Southern California.  If not, and you’re visiting the L.A. area, you’ll find other things to be better uses of your precious vacation time.

Before we explore the house, let’s consider its builder.

In a remarkable life that spanned from 1801 to 1894, Pio de Jesus Pico was a Spaniard, a Mexican and an American.  He was a rancher, a businessman and a politician.  Pico was the last Mexican governor of California yet later served on the Los Angeles City Council.  He was one of the wealthiest people in California yet died destitute.  His name remains on L.A.’s Pico Blvd., the city of Pico Rivera, and several schools in the area.

Pico was born at Mission San Gabriel to parents who came from Mexico.  He was a diversity poster boy, being a mixture of Spanish, Italian, African and native American ancestry.  His parents came to Alta California as children on the Juan Bautista de Anza expedition in the 1770s.

The family moved to San Diego in 1805.  Pico’s father died when Pio was 19, and he became a merchant – a very successful one.  After independence from Spain, Mexico secularized the missions and created large land grants.  Pico and his brother became major landowners of ranchland.  He also was active in politics, serving as interim governor of California in 1832.  In 1846 he again served as governor but fled to Mexico when the war with the United States broke out.

He played the ponies

He returned to the Los Angeles area, became an American citizen, became wealthy again, acquired a 9,000 acre ranch, and began construction of the adobe home, which he called El Ranchito.  In 1869 he built the lavish Pico House Hotel, which still stands near Olvera St. in downtown Los Angeles

A lavish lifestyle and a penchant for gambling, especially horse racing, ate up his wealth, and he died penniless in 1894.

Let’s consider the house you’ll be visiting.  It grew in sections.  Well after its initial completion, Pico added covered verandas, patios, several bedrooms, a corral and a chapel.  The home and grounds now reflect what the property looked like in the 1880s and 1890s.

From here, Pico could look out at orchards and pastures – hard to imagine considering the busy 605 freeway that now roars right by to the east and a railroad on the property’s west boundary.  Much of Pico’s garden, vineyard and orchard remains.

You’re welcome to wander around the ground floor and large covered veranda.
Several rooms have been restored to reflect their original use.  Displays explain Pico’s life.  In one room, the walls were left unrestored, and you can see the adobe construction.

Lastly, you’ll find restrooms and picnic tables on the north side of the property, facing Whittier Blvd.  To view the park’s website, go to www.parks.ca.gov/?page_id=621.

Thanks for visiting Road Trips with Tom.  Next Sunday we’ll take you to one of the east coast destinations I’ll be exploring May 13-23.

This week’s road trip takes us to Fort Scott END_OF_DOCUMENT_TOKEN_TO_BE_REPLACED

You can run out of adjectives really fast when describing END_OF_DOCUMENT_TOKEN_TO_BE_REPLACED