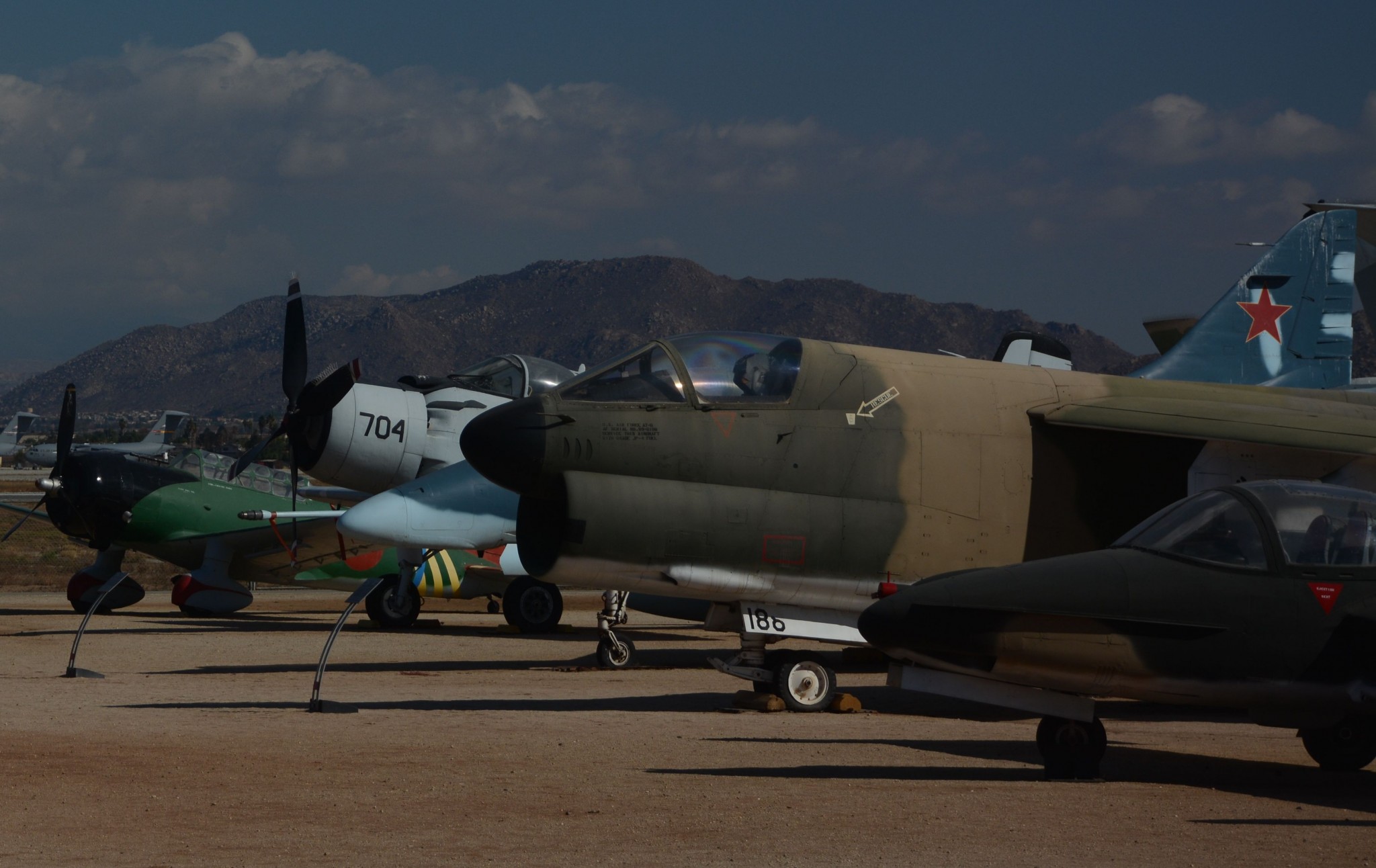 If you like airplanes, you’ll love the March Field Air Museum near Riverside.  It’s an opportunity to view the major tools of U.S. air power from World War II, the Korean War, Vietnam, the Cold War and the Gulf War, and it’s a short road trip from anywhere in Southern California.

The museum isn’t the biggest.  The Pima Air Museum near Tucson has a collection that’s four times bigger, and air museums near Dayton, Ohio, and Dulles Airport are even larger.  But the March Field museum, for me, is just the right size.  You can easily tour the collection and exhibits at a leisurely pace in 1 ½-2 hours.  That also means it’s a great place to take kids.   They should be warned, however, that visitors aren’t allowed to touch the aircraft on display.

The museum is located at the former March Air Force Base, which was established in1917 and was part of the Strategic Air Command.  It became an air reserve base in 1993.  The museum focuses exclusively on military aircraft.  Its collection includes many of the most significant military aircraft ever built.

You begin your visit in the hangar, where you pay the entrance fee ($10 for adults and $5 for kids 5-11).  The hangar is full of exhibits illustrating the history of March Field and U.S air power.  It’s dominated, however, by the SR-71 Blackbird, built by Lockheed for strategic reconnaissance during the Cold War.  This is the fastest air-breathing manned aircraft in the world.  Fifty years after its development, the Blackbird still holds records for speed (2,193 mph) and altitude (over 85,000 feet).  Sadly, the museum displays it with hokey-looking mannequins.

Outside, you’ll find over 70 aircraft, including giant bombers, fighters of varying sizes and transporters.  Here are a few of the ones I found most impressive:

The museum’s hours are 9-4 Tuesday-Sunday; closed Monday.  Photographers:  You can bring your camera, but not your bag or tripod.  (I wish I could have used my tripod for photographing the SR-71 Blackbird.)  For more information, go to the museum’s website:  www.marchfield.org

You’ll find accommodations and food in nearby Moreno Valley.

This week’s road trip takes us to Fort Scott END_OF_DOCUMENT_TOKEN_TO_BE_REPLACED

You can run out of adjectives really fast when describing END_OF_DOCUMENT_TOKEN_TO_BE_REPLACED