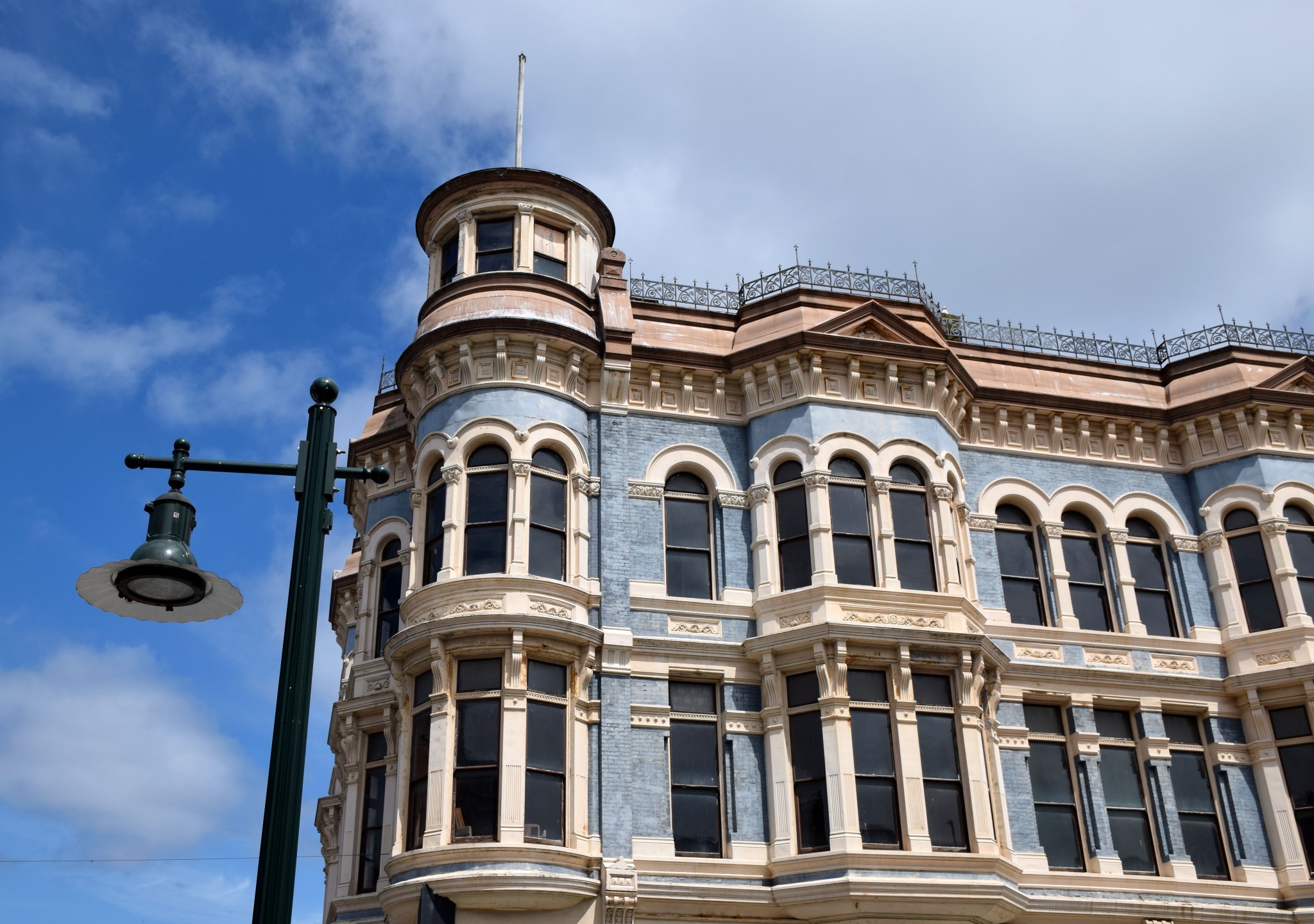 Our destination this week is the colorful town of Port Townsend, Washington.  You’ll find this city of 9,000 people at the northeastern corner of the Olympic Peninsula, fronting on the entrance to Puget Sound.

Port Townsend has a lot going for it – so much, in fact, that it was named one of Forbes magazine’s 10 best small towns in the country.

The city’s tourism promoters refer to it as a “Victorian seaport.”   That’s a description I found accurate enough when I visited last June.  Port Townsend works hard at being hip and appears to be successful at it.  What I like is it that it does so without being snooty.  It has none of that annoying “I live here, so I’m cooler than you” attitude that’s so common in resort cities like Sedona, Jackson and Aspen.  It’s gentrified and genuine at the same time.

If Port Townsend looks familiar, that may be because it was the shooting location (along with nearby Fort Worden) for the 1982 film An Officer and a Gentleman starring Richard Gere and Julia Roberts.  If you’d like a video preview of Port Townsend before leaving home, there’s a nice 12-minute YouTube video you can access at www.youtube.com/watch?v=dKW_JoW0_Ck&t=2s.

I drove into town after having driven around the Olympic Peninsula.  From just about any other direction, you’ll need to take a ferry ride or two to get to Port Townsend.  I’ll provide some guidance later on in this piece.

SR 20 led me in my rented Corolla past the imposing Jefferson County Courthouse and the ferry terminal onto Water St. – the main downtown drag.  To my right was the water.  On my left was a steep bluff, on top of which was the original residential district.

Despite the scenic setting and Victorian downtown, I have to admit my first impression wasn’t great.  Two words:  “No parking.”  The only parking spaces that weren’t occupied had big NO PARKING signs that threatened mean, nasty consequences if I dared to park there.  I had a reservation on the 3 p.m. ferry, which, in theory, would allow plenty of time to take Port Townsend’s temperature and shoot a few photos.  But not if I couldn’t find somewhere to park the Toyota.

And then . . . on my third pass down Water St., a miracle happened:  Someone pulled out of a space just as I approached, and I landed in a primo spot in the heart of downtown.  All of a sudden, I began to like this town.  I noticed a plethora of very cool shops, galleries and cafes – all just a few steps from the waterfront.  As if on cue, the sun came out, which in the Northwest is an event not to be taken lightly. The speakers in a café nearby were playing Vivaldi, which was another great omen.

I was so moved that I went into a shop called Northwest Man and spent $94 on a jacket to replace the one I’d been wearing; its zipper had given up the ghost during a downpour the day before.  Of course, living in the L.A. area, I haven’t worn the new one since my trip to Port Townsend, but it sure looks nice in my closet.

Port Townshend was named in 1792 by Captain George Vancouver, but it wasn’t settled until 1851.  Thanks to its strategic location, it soon became an important seaport, having lost an h along the way.  Lots of Victorian homes and business buildings were constructed in the late 1890, largely in anticipation of the railroad coming this way.

That never happened, and most of the port traffic shifted to Seattle and Tacoma.  Port Townsend declined.  Its economy couldn’t support replacing the Victorian buildings with newer ones, which explains why they’ve been preserved and restored.  As a result, the downtown and blufftop residential areas were named a National Historic District in 1976. The military stuck around, using artillery fortifications at nearby Fort Worden and a Navy munitions dock.

In the 1970s, Port Townsend began to gentrify, thanks to an infusion of counterculture types and artists.  The climate – the rainshadow effect from the Olympic mountains keeps rainfall to half what Seattle gets – has attracted retirees as well.  The biggest employer is a large paper mill, adding hundreds of blue-collar types to the mix.  New shops, galleries and restaurants opened.  The city also has a very active cultural calendar, with festivals, plays, concerts and other performances

The city’s theme is definitely a maritime one, with hundreds of small boats moored here and taking to the water in good weather.  The Keystone ferry comes and goes to and from a terminal on Water St.  Adding to this vibe is a busy maritime trades industry and the new Northwest Maritime Center. If you enjoy visiting marinas and watching small boats, the marina area north of downtown is great for walking, but good luck finding a place to park.

On top of the bluff, you’ll find a separate business district named, appropriately, Uptown.  That’s where you’ll find stately Victorian homes, some of which are now bed-and-breakfast inns that welcome tourists and weekend visitors with antique furnishings and very high rates.

The area’s best museum is the Jefferson Museum of Art and History, right next door to City Hall at 540 Water St.  You’ll find lots of interesting exhibits, many with a maritime theme.  The museum is open 11-4 daily; admission is $6 for adults, $5 for seniors and $1 for children (age not specified).  The museum also leads walking tours through the downtown and uptown districts on weekends.  Go to www.jchsmuseum.org for details.

The city’s tourism web site is www.enjoypt.com.  It features a cultural calendar, plus links highlighting shopping, accommodations and restaurants.

Fort Worden is now a state park.  To get there, go through town on Water St., then follow it to the park entrance.  The park has overnight accommodations, a campground, several original buildings, a historic lighthouse and a museum or two.  For details, visit www.fortworden.org. You’ll need a Washington State Park Discover Pass ($10 one-day fee); get it at www.parks.state.wa.us/167/Discover-Pass-Fees, or purchase it at the self-pay kiosk near the entrance.

How do you get to Port Townsend?  Here are the main routes:

For ferry schedules and prices, go to www.wsdot.wa.gov/ferries.

You’ll find listings of Port Townsend accommodations on the enjoypt website.  If you prefer a chain motel to a pricey B&B, you’ll find them in Sequim, 15 miles away.

Thanks for visiting Road Trips with Tom.  I hope you’ll return on January 29, when we visit Old Tucson in Arizona – an old west theme park and movie set.

This week’s road trip takes us to Fort Scott END_OF_DOCUMENT_TOKEN_TO_BE_REPLACED

You can run out of adjectives really fast when describing END_OF_DOCUMENT_TOKEN_TO_BE_REPLACED