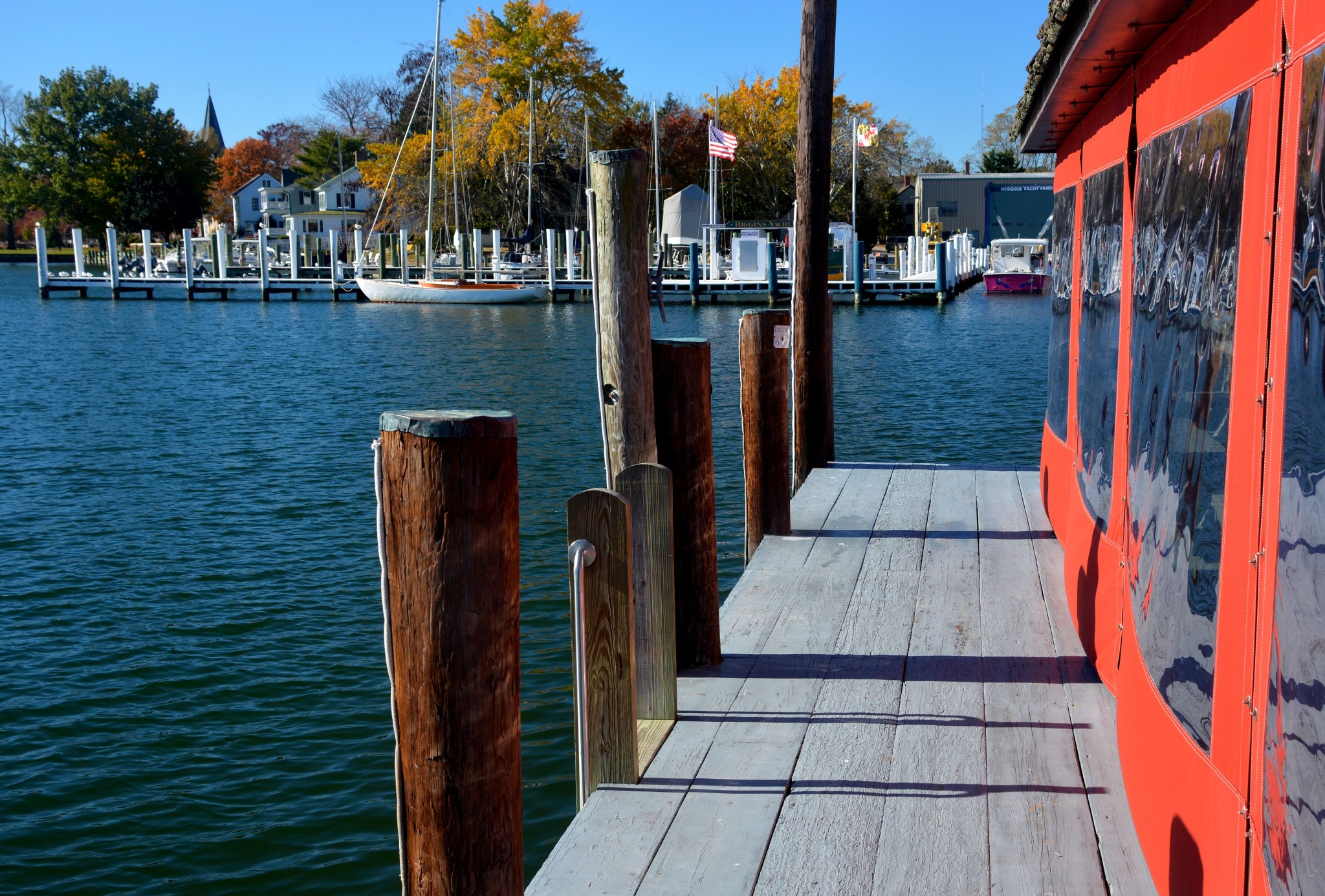 The Chesapeake Bay is one of the most prominent geographic features on the east coast of the United States.  It’s a 200-mile-long estuary fed by dozens of rivers, including the Potomac and Susquehanna.  It was first mapped by Captain John Smith in the early 1600’s and settled between 1640 and 1675.  It’s been a major economic resource since then.

In Maryland there is only one bridge – the Chesapeake Bay Bridge – which connects Maryland’s capital, Annapolis, with the Eastern Shore.  The Eastern Shore’s peninsulas and inlets are home to villages where watermen still harvest crabs, oysters, clams and rockfish.  The bay is also home to about a bazillion pleasure craft, making it one of America’s pleasure boating meccas.  No main road runs along the shore; to get there, you have to take side roads.

One such side road destination is St. Michaels, located about 90 minutes from either Washington, D.C., or Baltimore on the Eastern Shore.  What makes it special?  It’s full of history and is home to the wonderful Chesapeake Bay Maritime Museum, which is probably the best maritime museum this side of Connecticut’s Mystic Seaport and a great attraction for adults and kids alike.  Unlike most museums, this one is interactive.  Here you can board the museum’s vessels and participate in hands-on activities that illustrate the life of a waterman.  You’ll need at least two hours for a cursory visit and at least half a day to do it justice.

In town, which was founded in the mid-1600s, you’ll find plenty of inns, B&Bs, nice shops and restaurants where you can taste the bounty of the bay.  The Crab Claw restaurant is right by the museum entrance; I enjoyed my crab cakes, but Yelp lists eateries with much better reviews.  If you stroll through the town, you’ll see vintage churches and homes from the Federalist, colonial and Victorian eras.  There are ferries to other villages on nearby peninsulas.

St. Michaels was named one of “America’s 10 best small towns” by USA Today. You’ll find a comprehensive resource at www.stmichaelsmd.org

Now, here’s the reality check.  As much as I like St. Michaels, I would warn you to avoid it like the plague on a weekend or holiday, when hordes of big city folk come here to escape the Beltway.  Somehow the term “buried in bureaucrats” comes to mind.  I find it remarkable that St. Michaels has managed to retain its historic essence despite its popularity.  I was there on a sunny weekday in early November and pretty much had the place to myself.  You’ll love it if you come on a weekday.  I highly recommend it as a side trip if you’re anywhere within 100 miles.

Now the details:  To get there, head east from Washington or southeast from Baltimore to Annapolis, which itself is worthy of a visit.  Continue east on US 50, which will take you across the Chesapeake Bay Bridge, then bend to the south.  At Easton, turn right on SR 33 and drive about 9 miles to St. Michaels.

The Chesapeake Bay Maritime Museum is open daily except major holidays.  Hours are 9 to 5 May through October and 10 to 4 the rest of the year.  Admission is $15 for adults, $12 for seniors and students, and $6 for kids 6-17.  Boat cruises (extra cost) are offered May through October Friday through Monday.  You’ll find details at http://cbmm.org

This week’s road trip takes us to Fort Scott END_OF_DOCUMENT_TOKEN_TO_BE_REPLACED

You can run out of adjectives really fast when describing END_OF_DOCUMENT_TOKEN_TO_BE_REPLACED