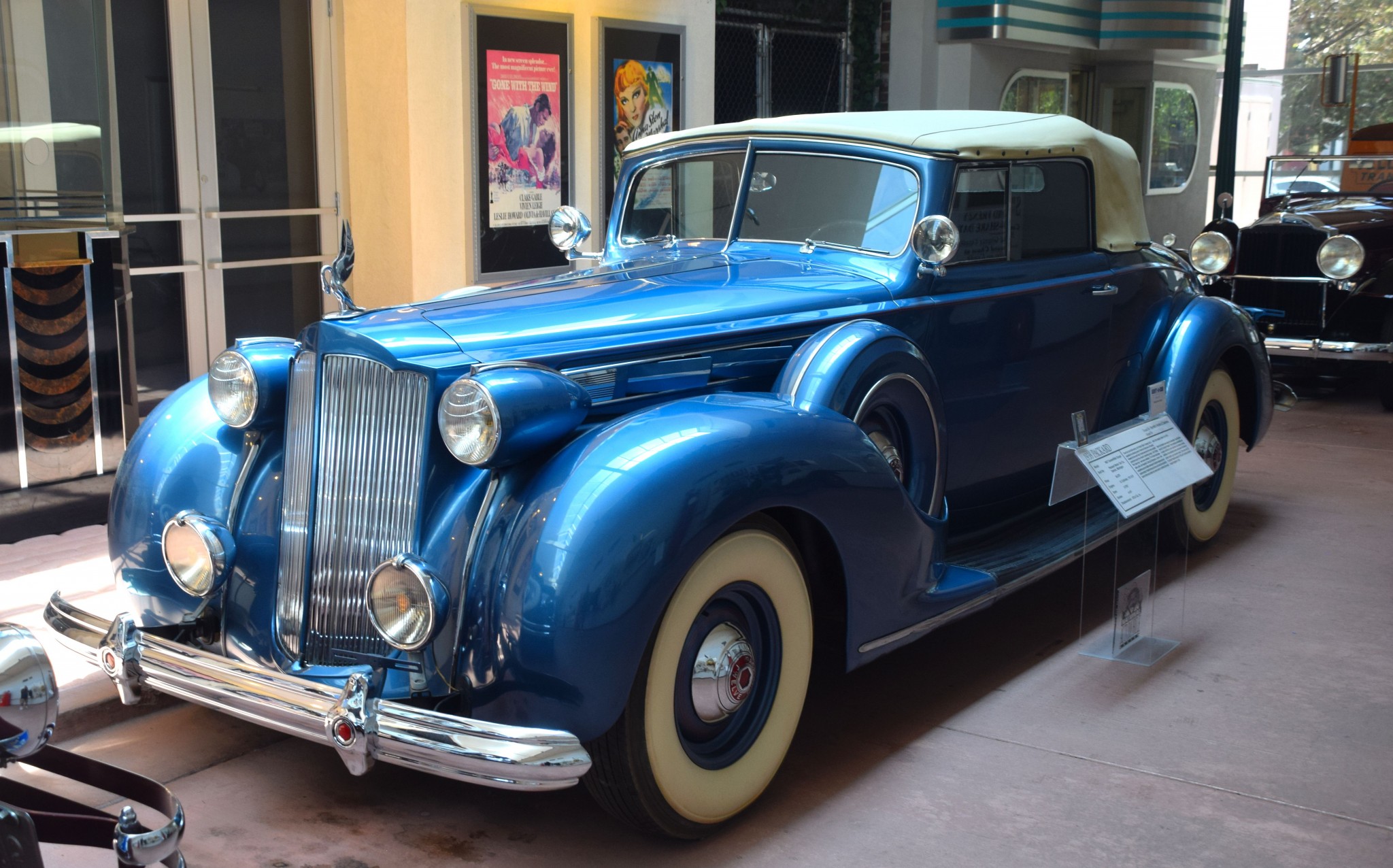 Honk if you love cars!

Raise your hand if you’ve had a lifelong affair with gasoline-powered, piston-driven vehicles and are aghast at the very thought of a self-driving car.

If that’s you, you’ll want to feed your passion by joining Road Trips with Tom as we visit the National Automobile Museum in Reno, Nevada.  Here, you’ll find over 200 vintage cars dating from the late 19th century to the early 1980s, all lovingly restored to mint condition.  Think of it as time travel with tailpipes.

Most of the vehicles you see here were part of Harrah’s Automobile Collection, the treasured toy box of casino impresario William Harrah. His collection was originally put on display in 1962, housed in an ugly warehouse near the railroad yards in nearby Sparks.

Harrah died in 1978, and Holiday Inns, which purchased Harrah’s casino empire and auto collection, announced its intention to auction off the vehicles.  A newly formed nonprofit corporation managed the collection and negotiated a donation by Holiday Inns of 175 automobiles.  These form the basis of today’s National Automobile Museum, augmented by donations from other collectors.    Thanks to strong support from the City of Reno and the State of Nevada, the museum opened in 1989 in an attractive new facility next to the Truckee River in downtown Reno – just a few blocks from Harrah’s original casino.

The museum is organized into four galleries representing eras in the development of motor vehicles.  In Gallery One, you’ll find the horseless carriages produced from the 1890s to the 1910s.  Gallery Two features cars built in the ‘teens to the 1930s, and Gallery Three focuses on the 1930s to the 1950s.  In Gallery Four are vehicles from the 1950s and newer.

There are also displays representing street scenes — the turn of the century, 1930s and 1950s.

That gorgeous blue car pictured at the top of this page is a 1938 Packard.

I especially enjoyed Galleries Two and Three, because in their eras, cars had advanced from the stage when inventors tinkered with self-propelled machines to the next level – one where style and luxury became part of the equation.  The museum has outstanding examples of the luxury segment.

Here are some of the unique vehicles you’ll see:

Most of Harrah’s collection came from U.S.-based manufacturers that have long since departed from the marketplace.  These nameplates included Auburn, Cord, Cunningham, Delahaye, Duesenberg, Franklin and Packard.  They’re all here.  Gallery Four displays nameplates that left us during my lifetime – DeSoto, Hudson, Kaiser, Mercury, Plymouth and Studebaker.  It was a bit disconcerting for me to see cars I’ve actually owned – a ’57 Chevy, a ’57 Ford and a VW convertible – sitting in a museum.

It takes about two hours to wander through the collection and pay your respects to the industry’s golden eras.

As strong as the National Automobile Museum is in the quality of its collection, it’s a bit weak in interpretation.  Most of the displays have identifying signs, which is good.  But visitors get no handout explaining the museum’s layout or plan, and no docents are available to answer visitor’s questions.  I bought a booklet in the gift shop for $10, but this was as I was leaving.

Free audio and smartphone tours are available (in both English and Spanish), which helps, and even better, there’s a free 90-minute guided tour at 1:30 daily.  I wish I’d known about that.  A 25-minute film, The Bill Harrah Story and the Magic Carriage, is shown every hour on the hour from 11 to 4.

For more information on the National Automobile Museum, go to www.automuseum.org.

From I-80, take Exit 14, turn south on Wells St., then turn right after a mile or so on Mill St.  The museum is on Mill near Lake St.  Parking is free.  It appeared that staff members of the museum and research facility had commandeered most of the parking spaces, but it’s okay to park on the side street next to the parking lot entrance.

You’ll find plenty of accommodations and restaurants in Reno.  If you’re flying, the museum is only a couple of miles from the airport.

Thanks for visiting Road Trips with Tom.  Our next post, appearing September 25, will feature Mission San Antonio de Padua, the most rural and authentic-appearing of California’s missions.

Until then, happy travels.

This week’s road trip takes us to Fort Scott END_OF_DOCUMENT_TOKEN_TO_BE_REPLACED

You can run out of adjectives really fast when describing END_OF_DOCUMENT_TOKEN_TO_BE_REPLACED