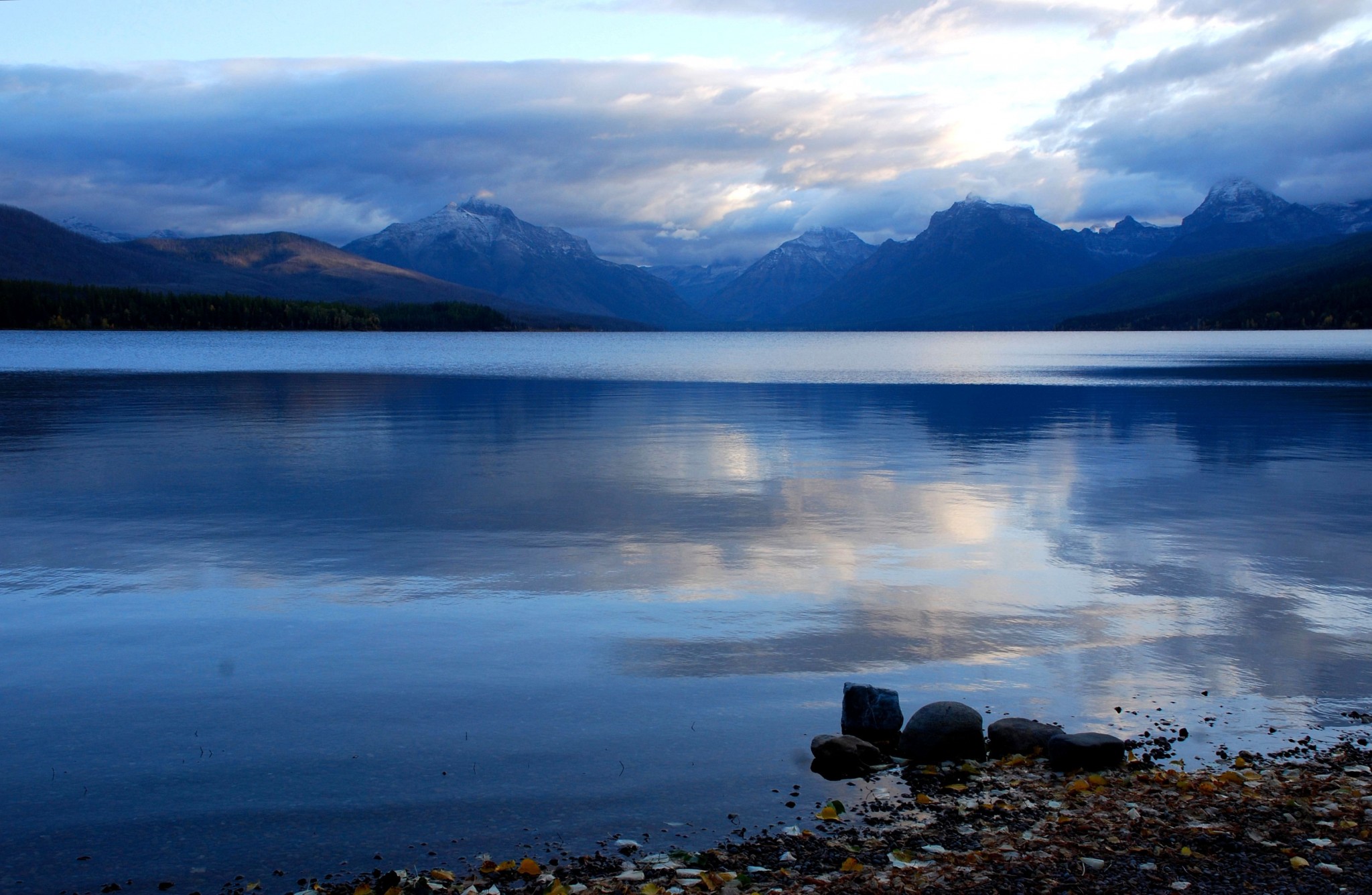 This is a follow-up to my September 7 essay entitled National Parks — are we loving them to death?  In that post, I pointed out how overcrowding is making it increasingly difficult for national park visitors to get the experience they come for.

I can’t solve the problem, but I CAN offer some strategies to help you enjoy your future national park visits.  First, I’ll offer some general suggestions, then give you tips for visiting the 12 more popular (and crowded) parks.

1. Visit in the off-season

Park visitation is highly seasonal.  Most national parks attract the greatest number of visitors in summer.  A lot of this is due to weather, which limits the times of year when visits are possible.  A few parks have peak visitation in other seasons, also due to weather.

Do not visit these parks in summer:  Yosemite, Grand Canyon (South Rim), Rocky Mountain, Glacier, Zion, Yellowstone, Grand Teton, Acadia, Mt. Rainier, Crater Lake and Great Smoky Mountains.  These are the most crowded parks, where park roads and facilities are overrun with people.

For some people, summer is the only time available for vacation.  The largest demographic affected by this limitation is parents with school-age children.  It also includes educators and adult students.  But a big chunk of summertime visitation comes from retirees, empty nesters and younger singles – people who aren’t limited by seasonality.  Maybe they come in summer out of habit.  Or maybe they like huge crowds.  If you aren’t limited to summertime for your road trips, consider other times of year.

In a blinding flash of stupidity, I took a summertime road trip in late July.  Its main purpose was to get fodder for this blog.  Solitude was scarce just about everywhere I went.  I added Crater Lake to my list of parks to avoid in summer because of my experience in July.  Another thing I experienced was a premium on lodging rates.  I mean, I understand inflation, but a Super 8 motel shouldn’t cost $150 per night.  Rooms near the most popular parks are ridiculously expensive – over $200 for a basic room in West Yellowstone or Jackson, for example.  Those prices drop by half or more in the fall.

Spring and fall can be delightful in many parks.  Consider Yellowstone, whose road system pretty much shuts down in winter.  Most park roads are open by mid-May and stay open until mid- or late October.  I’ve been there when the roads first open and when they’re about to close.  At those times, the chances of seeing such wildlife as bison, elk, bighorn sheep and pronghorn and photographing them with a lens that costs less than my house are close to 100 percent.

Other parks where you can have a great visit before and after the primary season are Olympic, Yosemite, Grand Teton, Sequoia, Lassen Volcanic and Mt. Rainier.  Some parks open late due to snow-covered roads, but can be visited well after Labor Day; these include Glacier, Crater Lake and Rocky Mountain.  Going to Canada?  The spectacular parks of the Canadian Rockies are at their best from mid-September to mid-October.

Quite a few national parks can be visited all year.  I’ve made winter visits to Grand Canyon, Zion, Bryce Canyon, Arches and Redwood National Parks that were delightful, although I’ve run into crowds during the week between Christmas and New Year’s Day, especially at Grand Canyon.  If you view the rotating slide show on this blog’s landing page, you’ll see a photo taken in Arches National Park the last week of December.  I once visited Acadia National Park in Maine during February and literally had the park to myself.  Of course, it was seriously cold.  Petrified Forest National Park in Arizona is literally right on a busy interstate highway, but there were only a handful of other visitors when I was there last year in late October.

Lastly, keep in mind that a few parks are inhospitable during summer.  The worst I’ve experienced is Everglades, which has a combination of high heat, high humidity, and biting insects.  Other parks best-visited in winter, spring and fall are Death Valley, Joshua Tree, Saguaro and Big Bend.

Great Basin National Park is a terrific place to visit, but it’s little-visited, because it’s miles and miles from anywhere else.  The same is true of Big Bend National Park in Texas and Theodore Roosevelt National Park in North Dakota.  Dinosaur National Monument in northeastern Utah has fantastic dinosaur bones and spectacular canyon scenery, but it’s rarely crowded.  I’ve heard great things about Wrangell-St. Elias National Park in Alaska, but I’ve not been there.  North Cascades National Park in Washington is much less crowded than the state’s two other parks.

Here are a few I would recommend:

If you must go in the busiest time of year, visit the most popular sites and trails early in the morning.  You’ll get a bonus of a greater chance of seeing wildlife and the best light for photography.

In the next section, I’ve listed the 10 most visited national parks and identified the best times to visit if you want to avoid huge crowds.

Strategies for the busiest parks

Avoid summer, weekends in October (foliage).  This park is always busy, but some times are better than others.  Go on Tuesday-Thursday mid-April to Memorial Day or mid-September to mid-November.  If you’re visiting Cades Cove (and you should), go first thing in the morning.  An alternative with similar scenery but a fraction of the crowd is the Cherohala Skyway between Tellico Plains, Tenn., and Robbinsville, N.C.  We’ll have a feature on the Cherohala Skyway in late November.

Stay away in summer and on weekends in spring and fall, and also avoid Christmas week.  Visit the most popular viewpoints first thing in the morning.  For a less crowded alternate, visit the North Rim.  It’s higher and prettier than the South Rim, and it gets a fraction of the visitors.  The reason is its location — a much longer drive from Southern California or Phoenix.  The North Rim is seasonal — May to October.  You should reserve lodge rooms and campsites several months in advance.

Avoid summer and weekends in spring and fall.  Visit Tuesday-Thursday in early June and mid-September-late October.  Alternative:  Independence Pass near Leadville is almost as high as RMNP’s famous Trail Ridge Road, with the same alpine tundra and amazing views, but with far fewer other visitors.

Yosemite is the poster park for being loved to death.  Do NOT come in summer.  Visit Tuesday-Thursday October through mid-May.  Make lodging and campsite reservations months in advance whenever you visit.

Avoid Friday-Monday in summer.  For any summertime visit, it’s essential you visit the most popular attractions early in the morning.  Visit in late May or mid-September to mid-October.  There is no alternative to Yellowstone’s thermal features, but if you’re looking for wildlife, consider Custer State Park in South Dakota’s Black Hills.

Avoid summer (crowds and desert heat).  If you visit on a November weekday or any day through April, you can drive your car into the canyon.  Winters are generally mild, and you can pretty much have the place to yourself.

Olympic is a big park, and the crowds are somewhat dispersed.  Avoid weekends in summer.  Visit popular locations like Ruby Beach, the Hoh Rainforest and Hurricane Ridge early in the day.  Summer has, by far, the best weather, but the crowds dwindle considerably in the fall.

People generally combine the Tetons and Yellowstone on the same vacation.  Jackson Hole is accessible all year – there’s even an airport inside the park – but my advice for Yellowstone applies here, too.

Do NOT visit Acadia in August.  The best time is mid-September to late October.  I once went to Acadia in February and saw only one other visitor.  Selected roads are open, but all other facilities close in winter.

I love Glacier.  Despite its distance from major cities and other U.S. parks, it’s a mob scene in summer. Snow keeps the Going-to-the-Sun Road closed until late June and closes it in mid-October.  Your best window to visit this awesome park is the last week of September and first week of October.  The lodges are closed, but you’ll see wonderful fall foliage.  The featured photo at the top of this post was taken in early October at Lake McDonald.

Avoid summer (too hot) and weekends, if possible.  Winter nights get cold, and snow isn’t unknown.  Spring is ideal.  Sites can be reserved at two park campgrounds from October to May.

It’s very crowded in summer, but you avoid big crowds by starting out early in the day.  Campsites fill up by noon in summer, so you’ll need to arrive early.  Fall is the best season:  The crowds are gone, and trails are still open.  Winter visits are possible, but trails are closed, and it gets cold.  The road is open as far as the best viewpoints.  As an alternative to Bryce Canyon, you’ll find similar scenery at Cedar Breaks National Monument.

Thanks for visiting Road Trips with Tom.  Our regular once-a-week schedule resumes in a few days as we head to the National Automobile Museum in Reno.

This week’s road trip takes us to Fort Scott END_OF_DOCUMENT_TOKEN_TO_BE_REPLACED

You can run out of adjectives really fast when describing END_OF_DOCUMENT_TOKEN_TO_BE_REPLACED