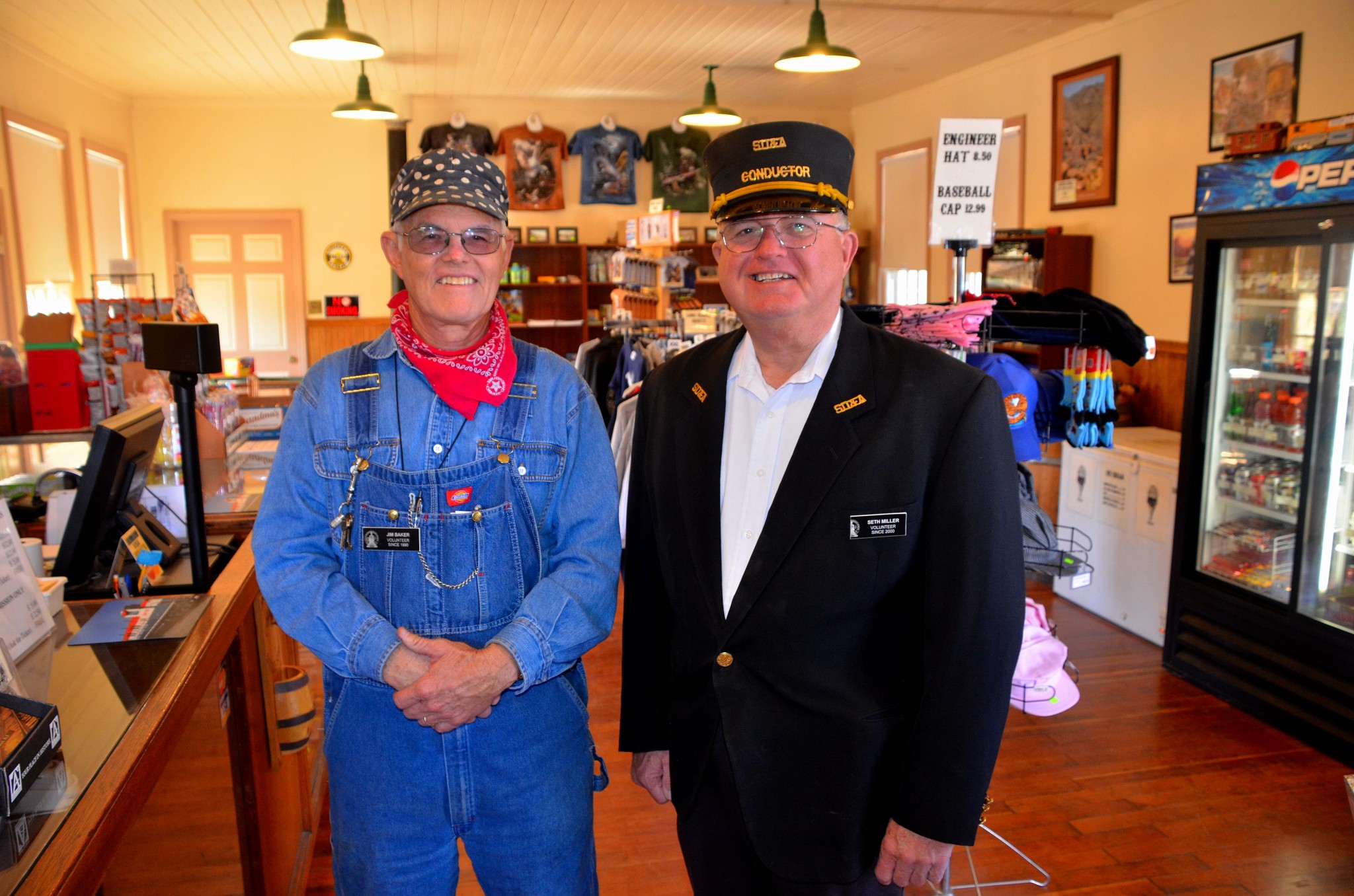 This week, Road Trips with Tom visits two Southern California railroad museums – one near Riverside and another along the Mexican border east of San Diego. Both have great collections of historic rail equipment, and both offer train rides on weekends.

If you live in Los Angeles, Orange, Riverside or San Diego counties, these museums are great weekend drives. If you live elsewhere, you might want to add them to your list of things to see when you visit Southern California.

Do you love the sound of a train whistle?  I do.

As a kid growing up on the west side of Long Beach, I used to lie in bed, listen to the train whistles, and try to imagine what romantic, far off somewheres awaited them. Now, as a grownup living in Whittier, I can still hear train whistles on very clear nights – sometimes even the clackety-clack of their wheels on the rails. Those sounds still call to me, even though I know the destinations are such decidedly un-romantic places as Barstow and North Platte, Nebraska.

The Orange Empire Railway Museum has over 200 vintage railway cars and locomotives on its 90-acre site in the Riverside County town of Perris. The museum has been around since 1956. It was originally the Orange Empire Trolley Museum and has an impressive collection of trolley cars from Los Angeles and the West, including a San Francisco cable car. Most have been lovingly restored. It has since added a substantial number of locomotives and passenger cars from the Santa Fe, Union Pacific and Southern Pacific railroads.

The museum grounds are open 9-5 daily. My first visit was on a weekday, and I was given a guided tour of the collection, much of which is housed indoors. You’ll need a guide to see these indoor displays. If you plan to visit during the week, it’s wise to call ahead to see if a volunteer guide is available. Train rides are available 11-5 on weekends. Typically, two vintage street cars operate on a half-mile loop, and a locomotive-pulled train uses a 1 ½-mile loop. Admission to the grounds is free; unlimited train rides cost $12 for adults and $8 for ages 5-11. Special events are held – check the museum’s web site for details.

Formerly the San Diego Rail Museum, the PSRM sits on a 37-acre site in Campo, just a mile or two from the Mexican border an hour’s drive east of San Diego. Here, you’ll find 120 pieces of equipment. The museum is only 30 years old.  In that relatively short time, it’s acquired 6 steam locomotives, 15 diesel locomotives, 21 passenger cars, 27 freight cars and 10 cabooses.

Most of the equipment is displayed outdoors, although there are indoor shops where you can see the restoration work taking place. The starting point for visitors is the nicely restored Campo Station, which once served the long-defunct San Diego and Arizona Railroad. Here, you can begin a self-guided tour of the museum’s collection and board excursion trains.

The PSRM is open Saturday and Sunday from 9 to 5, although hours change at various times during the year. I recommend you check the museum’s web site before making a visit. Go to www.psrm.org —  phone (619) 478-9937.  On most weekends, the Golden State Flyer excursion train leaves at 11 and 2:30 for an hour-long trip through scenic rural countryside. Special events with different excursions are held seasonally. The web site has a calendar showing which trains will run. You can even purchase tickets online.  Admission is free. Train rides cost $18 for adults, $15 for seniors and $5 for kids 6-12.

To get to the Pacific Southwest Railway Museum, take Interstate 8 east from San Diego to Exit 51. Drive south on Buckman Springs Road for 10 miles to a T-intersection with SR 94, then turn right. After 1.5 miles, turn left on Forrest Gate Road, following signs to the museum. Driving time is about an hour. For a more scenic route, take SR 94 east from downtown San Diego; driving time is about 1 ½ hours.  While there are a couple of cafes in Campo, you’ll need to go to El Cajon for accommodations.

Both museums have outstanding collections and are well-worth seeing. Kids love both. The Perris museum has more equipment, and it’s generally at a higher level of restoration. However, the Campo museum has better train rides – longer and much more scenic. The drive there is nicer, and it’s less susceptible to nasty traffic.

It’s also impressive that both museums are completely staffed by volunteers and funded by donations and admissions.

This week’s road trip takes us to Fort Scott END_OF_DOCUMENT_TOKEN_TO_BE_REPLACED

You can run out of adjectives really fast when describing END_OF_DOCUMENT_TOKEN_TO_BE_REPLACED