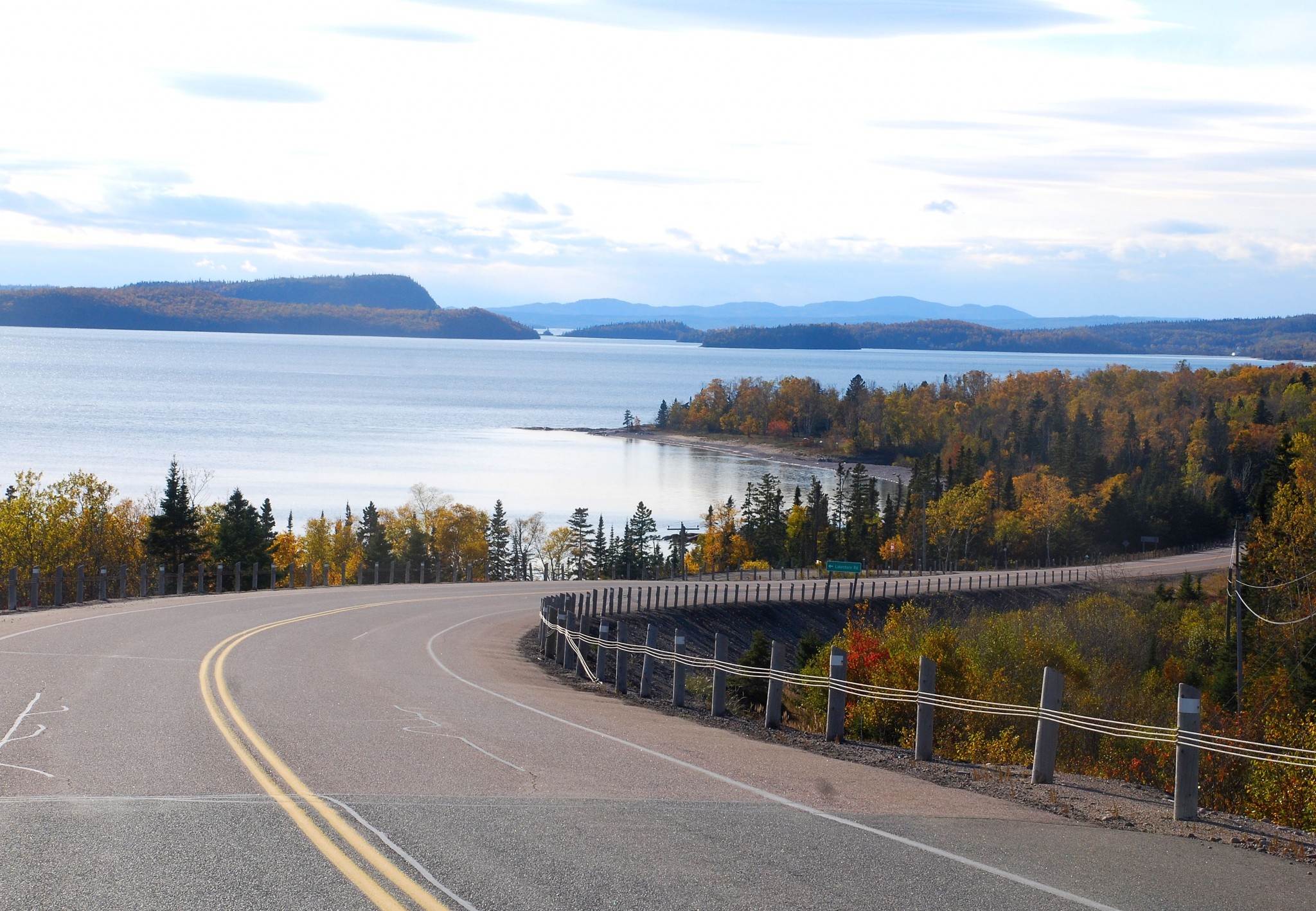 A collapsed bridge on a critical section of the Trans Canada Highway has partially reopened, according to news reports published on the Yahoo Canroads forum.  The Nipigon River Bridge, located in western Ontario near Thunder Bay, collapsed earlier this month and severed the only road connection between the western and eastern parts of Canada.  It’s located on a 67-mile section in which there’s no alternate route to this single two-lane highway.  The latest reports say that one lane has been reopened.

Some truckers had avoided the closed section by detouring through the U.S. from International Falls, Minn., through Michigan’s Upper Peninsula to Sault Ste. Marie.

The photo above is not of the Nipigon River Bridge.  Rather, it illustrates the two-lane section of the Trans Canada connecting western and eastern Canada.  The section is along Lake Superior.

A seemingly absurd legal dispute between the National Park Service and the outgoing facilities concessioner at Yosemite National Park will result in name changes for the park’s iconic lodges.  The Ahwahnee Hotel, which has had the same name since it first opened in 1927, will now be the Majestic Yosemite Hotel.  Curry Village will be known as Half Dome Village.  And the Wawona Hotel will be named Big Trees Lodge.  The changes go into effect March 1.  The  vendor, Delaware North Corp., claims it owns the trademarks to the original names.  Delaware North lost the latest bid to the Aramark Corp. and isn’t apparently a good loser.

This week Road trips with Tom is primed for adventure, END_OF_DOCUMENT_TOKEN_TO_BE_REPLACED

This post is for all you wildflower lovers out there. END_OF_DOCUMENT_TOKEN_TO_BE_REPLACED