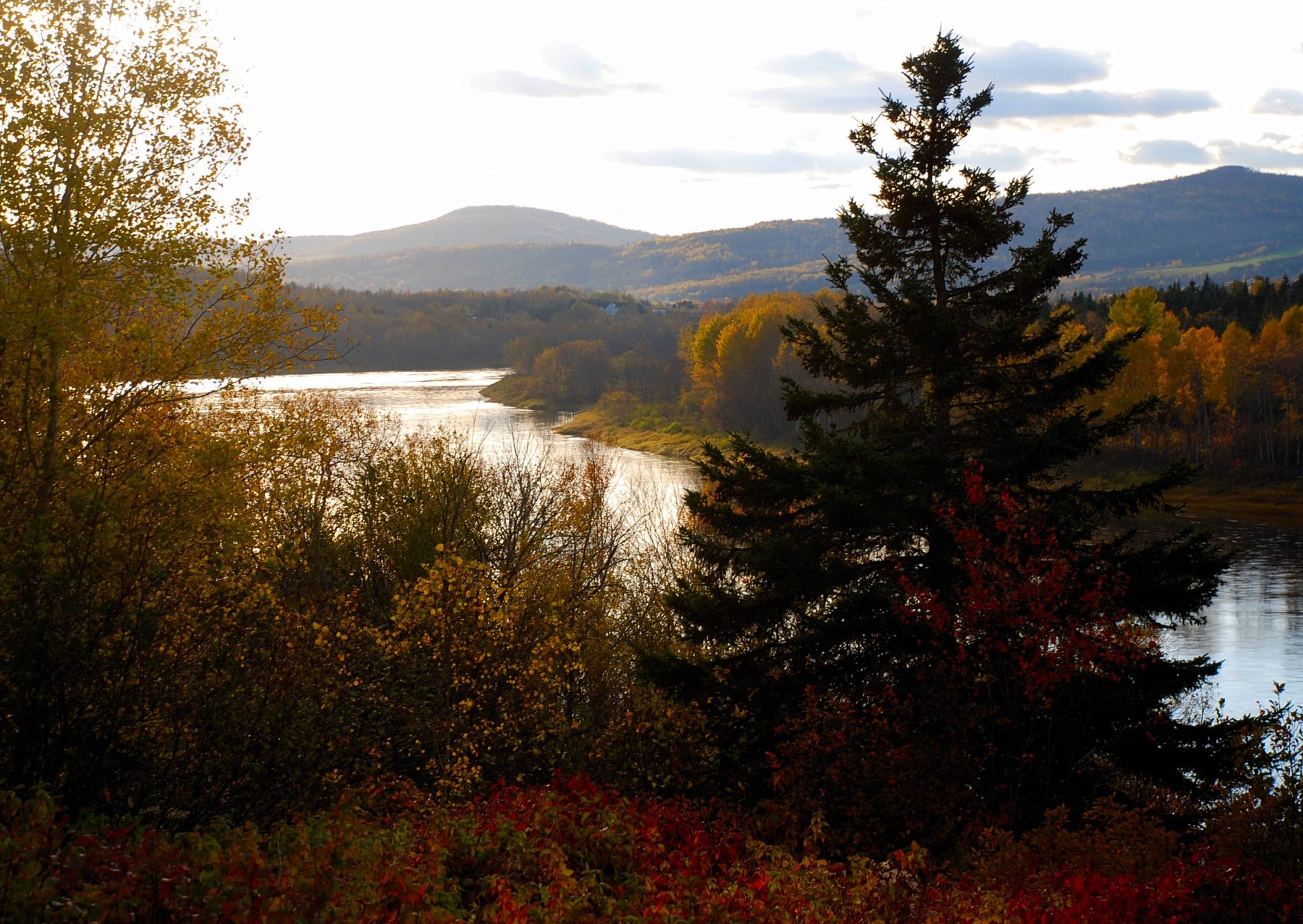 Our destination this week is the Upper Delaware Scenic and Recreational River – a National Park Service unit on the New York-Pennsylvania border.  An official National Scenic Byway parallels the river on the New York side.

This is one of my favorite scenic drives on the East Coast.  Despite being only 75 miles from New York City, it’s a quiet, relatively uncrowded corner of the country.  In this post, I’ll take you on a road trip from one end of the designated area to the other.  I’m using the vague term “designated area,” because this isn’t exactly a park.  Except for about 30 acres, its entire area is privately owned.  The resource here is the river itself.

If you like rivers, as I do, you’ll like the Upper Delaware.  It winds gracefully between low, forested mountains – New York’s Catskills and Pennsylvania’s Poconos.  Its official designation is New York State Route 97.  The Upper Delaware Scenic Byway is actually a convenient route for travelers headed from New York and northern New Jersey to Binghamton.  From there, interstate highways can take you to Syracuse, Rochester or Buffalo.

What you need to know

This area is very much geared to summer recreation.  But it’s also one of the best fall foliage drives anywhere, as you can see in this week’s featured photo.

Port Jervis and Hancock have all traveler services.  In between, you’ll find small hamlets with mom and pop resorts and campgrounds; many of these rent boats, canoes and kayaks.

For a virtual tour of the Upper Delaware Scenic and Recreational River, go to www.nps.gov/upde/learn/virtual-tour.htm

On top of New Jersey

From Port Jervis, you can see a large obelisk on a mountain just to the south.  That’s High Point, N.J.  You don’t think of New Jersey as a mountainous state, and, indeed, it tops out at just over 1.800 feet.   But you’ll have great views in all directions from the summit.  Stairs lead to the top, but the monument has been closed every time I’ve been there.  High Point State Park has a campground.  For details on the park, go to www.state.nj.us/dep/parksandforests/parks/highpoint.html

From Port Jervis, follow the signs to SR 97.  The town is well-signed.  In a few miles, you come to the Hawk’s Next section (also pictured in this post).  There’s a pullout on top with excellent views both upstream and downstream.  A scene from the 2016 movie Doctor Strange was filmed here.

In 20 miles, you reach the tiny hamlet of Minisink Ford, where an unusual-looking bridge crosses the river.  It has an interesting story.  In the early 1800s, two different industries butted heads.  The Delaware and Hudson Canal connected the coalfields of northeastern Pennsylvania with markets on the Hudson River.  The crossing of the Delaware River was troublesome, because the river was used for floating timber downstream to Trenton and Philadelphia.

An engineer named John Roebling designed a bridge allowing the canal to pass above the river.  It saved a full day of canal travel time.  Roebling is also famous for later engineering the Brooklyn Bridge.

You cross the Roebling Bridge to get to the Pennsylvania village of Lackawaxen, where you’ll find the Zane Grey Museum.  Grey, the famous author of Western novels, was a New York City dentist who enjoyed fishing trips to Lackawaxen on the Delaware.  But he harbored a strong desire to be a writer.  He moved to Lackawaxen and lived there 1905-18 writing full time.  There, he wrote his most famous novel, Riders of the Purple Sage.

In Narrowsburg, you’ll find Fort Delaware.  It’s only open in summer.  You’ll also find a bridge across the river.  Cross the bridge, take the first right turn, drive another couple of miles, and you’ll arrive at the Park Service headquarters.  While it’s not set up as a visitor center, it does have restrooms and helpful rangers.

At Hancock, you reach the end of SR 97 and the scenic byway.  From here, SR 17 – a freeway – will take you to Binghamton and the junction with I-81.

Thanks for tagging along on our Upper Delaware scenic drive.  Please join me Monday, September 4, for another destination.

This week’s road trip takes us to Fort Scott END_OF_DOCUMENT_TOKEN_TO_BE_REPLACED