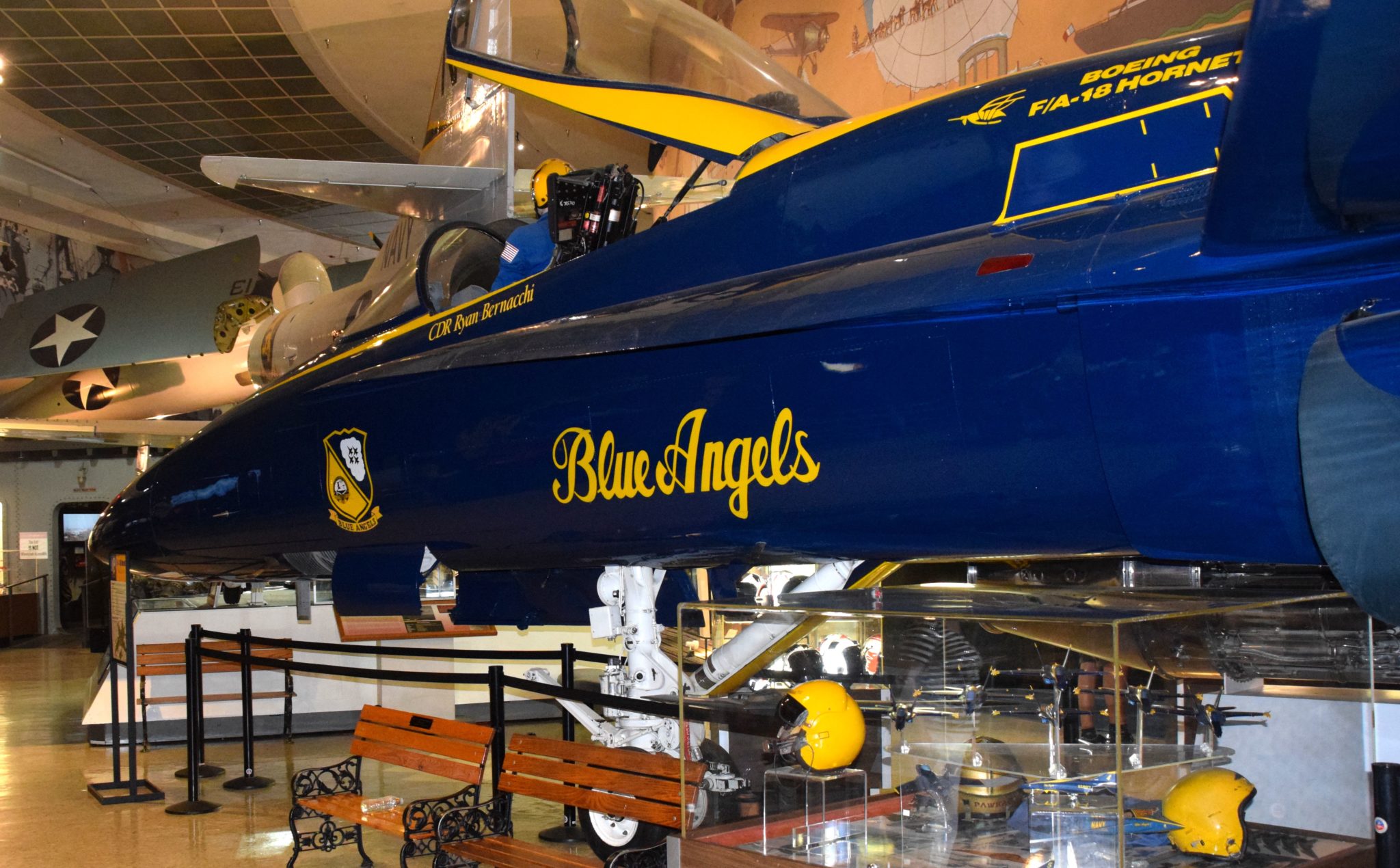 It’s impossible to see everything at the San Diego Air and Space Museum in a single visit.  There’s just too much.

It mirrors San Diego in that regard.  The city has too many attractions for out-of-town visitors to see everything.  On one hand, there’s the zoo, Sea World, the Maritime Museum, Old Town and so on but, on the other hand, there’s something to be said for just lying on the beach.

The museum has over 50 aircraft – some replicas or reproductions.  It’s also full of exhibits you’ll like, including several hands-on activities and small pods where you can watch videos.

After visiting the air and space museum for the first time in early August, I highly recommend you put it on your San Diego bucket list.  Two hours should be sufficient to hit the highlights.  Keep in mind, also, that this is a museum most kids will love.  Many of the exhibits are highly interactive, and some are geared specifically for children.

Let’s get the logistical details out of the way before I explain why I liked this museum so much.

First, location.  The San Diego Air and Space Museum is in Balboa Park, which is just north of downtown and not far from the zoo.  The directions depend on where you’re starting.  For details that include a map, go to www.sandiegoairandspace.org/visit/directions/directions

There’s free parking in front of the museum . . . in theory.  Good luck on weekends and summer days!  I arrived at 11 a.m. on a Tuesday, and the lot was full, with several cars circling.  I drove to a restaurant in the Fashion Valley Mall, ate lunch, then called Uber and was delivered to the front door.  If you go on a non-summer weekday, you should be okay.  Otherwise, I suggest you plan on arriving at least 30 minutes before the place opens.

I’ve been more of a museum-goer since I started this blog in January 2015.  While I’m no expert on curation, I know what I like in terms of how exhibits are arranged.  The San Diego Air and Space Museum impressed me as being well-designed, well-managed and focused on visitors’ experience there.

It does a good job of efficiently moving people from exhibit to exhibit.  The museum is shaped like a donut, with five major sections, plus an entry rotunda, restaurant and gift shop.  Visitors move around the museum in a counterclockwise direction, returning to the starting point when they’ve been to all five sections.  There’s no need for backtracking.  In the skylighted center of the donut are six aircraft suspended above a courtyard and fountain.

Another thing I liked was the visitor guide distributed at the admission desk.  In it was a gallery map and a list of aircraft displayed in each section.  The five sections are Early Flight, World War I, the Golden Age of Flight, World War II and the Modern Jet and Space Age.

Do some homework before you go

The museum’s website does a great job of describing the aircraft on display.  Go to www.sandiegoairandspace.org/collection/aircraft  There, you’ll find links to 14 pages that list the displays.  Each entry has a link for more information, which usually includes a video showing the aircraft in action.  Very nice touch.  Spending some time in advance will help you see as much as possible of the things that interest you and your party.

Thanks for visiting Road Trips with Tom.  Please join me on Monday, August 28, as we motor our way on one of the East Coast’s most scenic drives – the Upper Delaware River Scenic Byway.

Welcome to Benefit Street – the most impressive neighborhood of END_OF_DOCUMENT_TOKEN_TO_BE_REPLACED

This week, Road Trips with Tom steams down the mighty END_OF_DOCUMENT_TOKEN_TO_BE_REPLACED