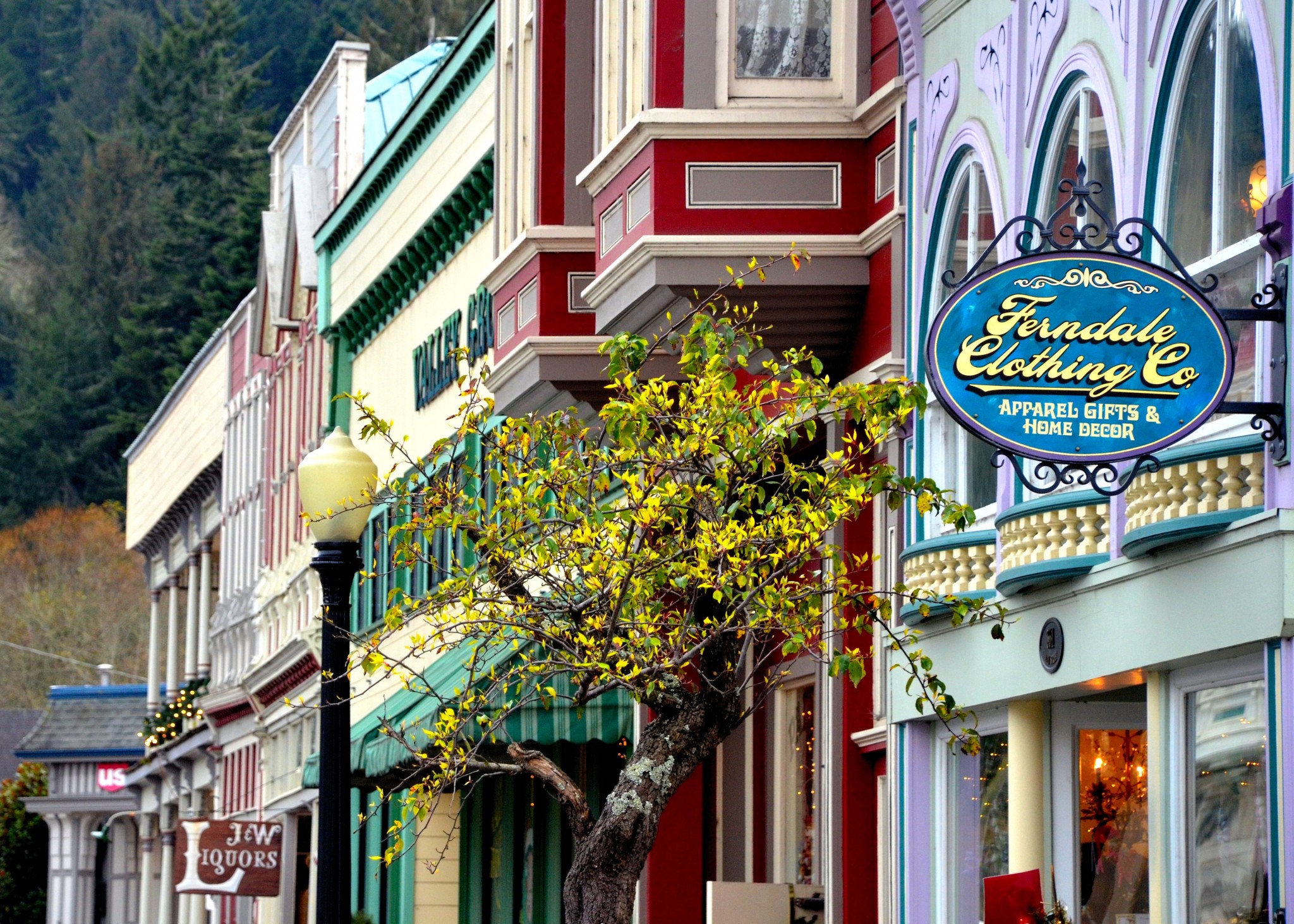 While the U.S. interstate highway system exerts a strong pull on road trippers anxious to put miles behind them, it doesn’t reveal any of the fabric of America.  All you see barreling down the interstate are gas stations, chain motels, fast-food joints and Wal Marts.  Like CBS’s Charles Kuralt once said, “Life doesn’t happen on the interstate.”  I try to stay on U.S. and state highways, including those William Least Heat Moon called “blue highways” in his road trip book of the same name.  I love cruising through small towns and seeing how people live.

This is the first post in a series highlighting North America’s coolest, most interesting small towns.  We’re looking for genuine towns – not tacky tourist trips like Gatlinburg or West Yellowstone or faux European villages like Helen, Ga.; Leavenworth, Wash.; or Kimberley, B.C.  Our cool small towns aren’t places you’d build a road trip around, but they make great side trips or stopovers.

We’ll begin with what I think is California’s best small town – Ferndale.

You’ll find Ferndale about 20 miles south of the gritty port town of Eureka up in northwestern California.  It’s an ideal stop if you’re headed to Redwood National Park or the Oregon coast.  From the US 101 freeway northbound, take the Ferndale exit, which is SR 211.  You’ll cross the marshy delta of the Eel River, which is ideal for dairy farms.  Ferndale is five miles ahead and about 100 years back in time.

Ferndale is a genuine Victorian village built with money generated by area dairies in the late 1800s.  It’s just one square mile in area and has a population of about 1,300.  Unlike kitschy Solvang or artsy-pricey Carmel, Ferndale is an authentic small town populated by regular folks going about their business amid stunning Victorian architecture.  Walking on the main street, you almost expect to run into Aunt Bea or Floyd the Barber.  That’s in contrast to Ferndale’s most famous native son, Food Network personality Guy Fieri. The architecture is so distinctive that Legoland in Carlsbad has a model of Ferndale’s Main St.

The concessions to tourism are a main street full of interesting shops, several attractive bed-and-breakfasts, and better eateries than you’ll typically find in other towns this size.  Strolling along Main St. and browsing some of the shops makes a nice break from driving.  To read more, go to www.victorianferndale.com/

As a bonus, Ferndale provides easy access to a section of coastline that most Californians have never heard of – Cape Mendocino (also known as the “Lost Coast”).  To get there, drive to the south end of main street, turn right, then turn left onto Mattole Road (signed for Petrolia and Honeydew).  After winding through forested hills, the road drops steeply down to the coastline at the westernmost point in California.  On many days, you’ll be alone here.

Don’t miss Ferndale next time you’re in the area!

This week’s road trip takes us to Fort Scott END_OF_DOCUMENT_TOKEN_TO_BE_REPLACED

You can run out of adjectives really fast when describing END_OF_DOCUMENT_TOKEN_TO_BE_REPLACED