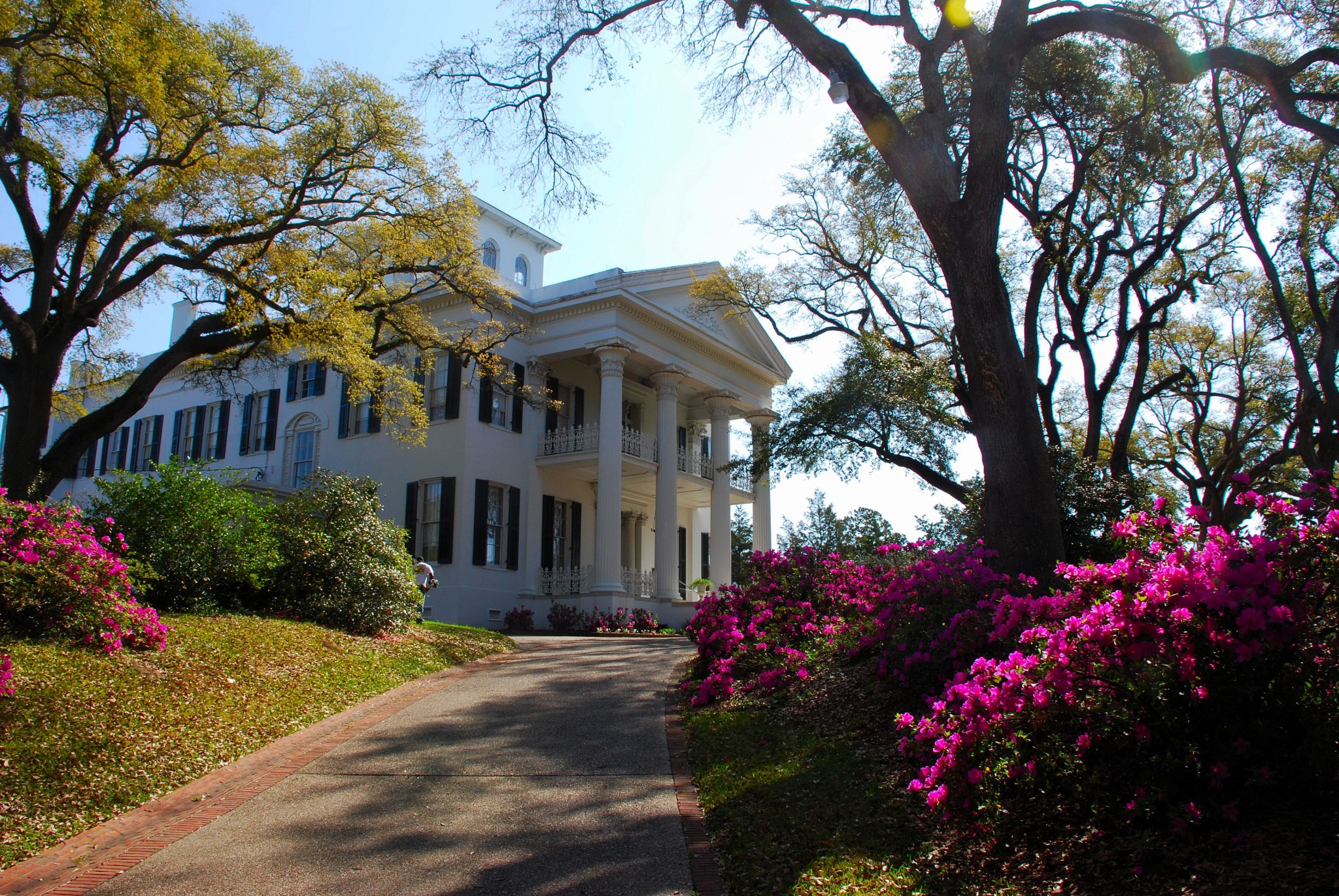 Natchez should be on everyone’s bucket list.  It’s like no other city.  I think of it as a caricature of the Old South – a complex juxtaposition of opulence, poverty and fascinating historic sites amidst graceful oak trees draped with Spanish moss.

Like Vicksburg, farther north, Natchez sits atop bluffs overlooking the Mississippi River.  But while Vicksburg’s primary notoriety was military, Natchez was the economic engine that drove the cotton trade.  Its planters accumulated tremendous wealth based on slave labor and built fabulous mansions during the early to mid-19th century.  The city’s status as a river port also helped fuel the engine.

Natchez is old.  In fact, its 300th birthday will be in 2016.  It was the capital of Mississippi at one time.  It escaped destruction during the Civil War, having surrendered early.  In fact, the Union Army made the historic Rosalie mansion its headquarters.

After the war and the end of slavery, the cotton trade continued to prosper under a sharecropping system, along with the continued importance of river commerce.  The 20th century was a period of slow decline, ameliorated by the increase in tourism.

Today, Natchez is like an aging dowager wearing too much rouge and eye shadow, sitting under a parasol and reminiscing of more genteel days.  But beneath that veneer of gentility is a city with a median household income of just $25,000 and almost 29 percent of its people living below the poverty line.  The population is about 13,000.

Still, I like visiting Natchez.  Chances are, you will, too.  You can easily spend two full days here, especially if you’re a fan of spectacular houses.  There are plenty; Natchez has more antebellum mansions than any city in the country.  Many are open daily for tours, although some can be visited only during the spring and fall pilgrimages.  While the garden clubs and historic societies that operate the tours will glorify the plantation days, the National Park Service offers a more balanced view in Natchez National Historic Park.  Its separate collection of sites recognizes the contributions of African Americans as well as wealthy planters.  Your first stop should be the Natchez Visitor Center on Canal St. — turn right just before the bridge across the Mississippi.  Natchez is easy to navigate, thanks to directional signs that guide visitors to popular destinations.

In addition to historic houses, Natchez offers good shopping and several art galleries.  Accommodations are plentiful, as are decent restaurants.  The proximity to Louisiana means you’re just as likely to find Cajun cuisine as southern barbecue.  i

I strongly recommend you visit in spring.  I stopped in Natchez during my September road trip, but you won’t find any of those photos on this page.  Instead, I’m showing you some photos taken in March 2009.  The displays of azaleas and other flowers are incredible – a sight you won’t soon forget!

The nearest commercial airport is in Baton Rouge.  But you can do a great little vacation by flying into Jackson, visiting Vicksburg, and driving to Natchez on the historic Natchez Trace Parkway.  More on the parkway in a future update of Roadtripswithtom.

For a great introduction to Natchez, I suggest you read one of native son Greg Iles’s novels, many of which are set there.

Welcome to Benefit Street – the most impressive neighborhood of END_OF_DOCUMENT_TOKEN_TO_BE_REPLACED

This week, Road Trips with Tom steams down the mighty END_OF_DOCUMENT_TOKEN_TO_BE_REPLACED