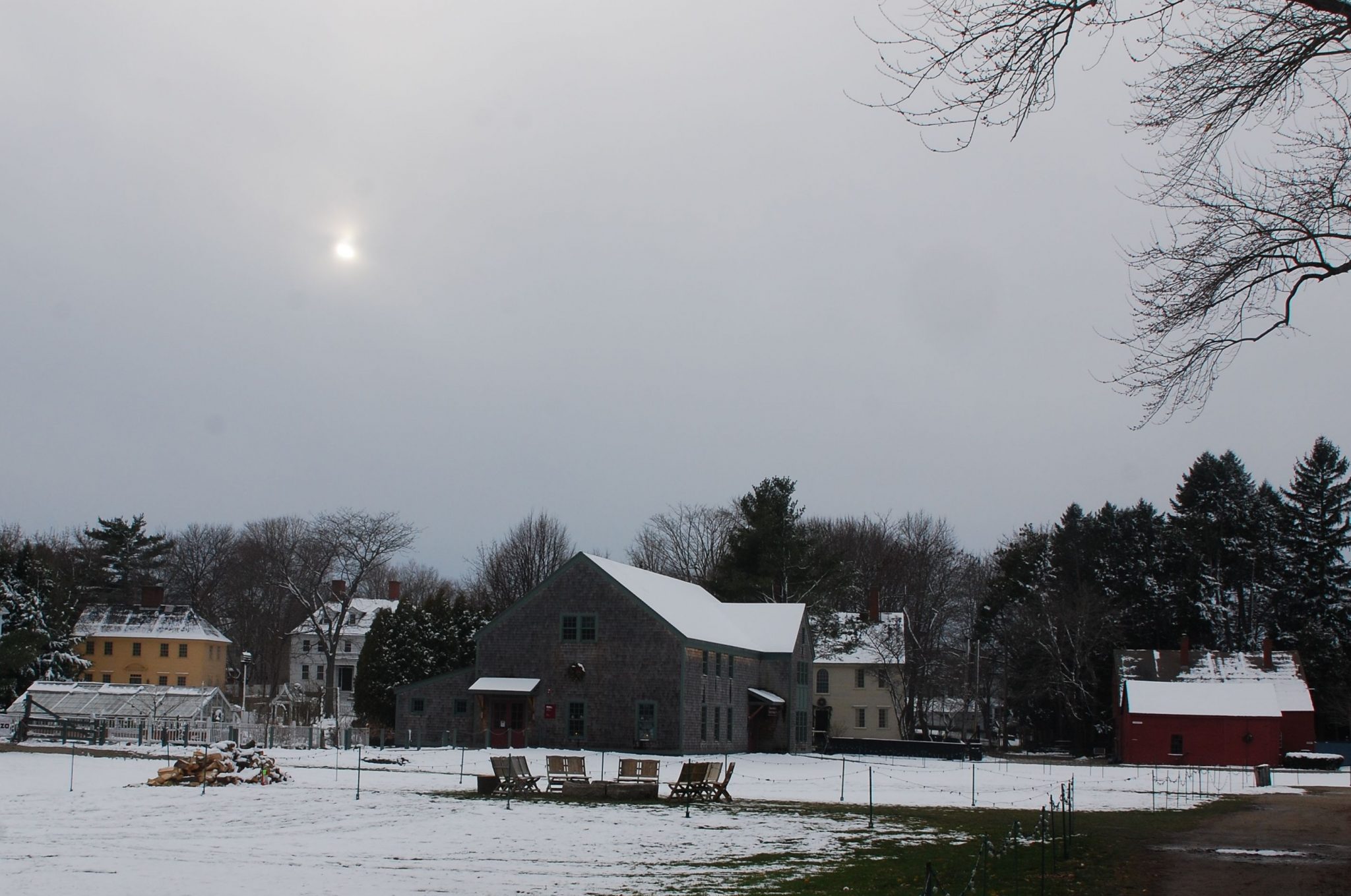 This week Road Trips with Tom returns to the East Coast to visit Strawbery Banke – a living history museum in Portsmouth, New Hampshire.

What makes Strawbery Banke special, along with the age of its buildings, is the fact it’s an entire neighborhood preserved and restored in its original location.  It’s definitely the top historic attraction in northern New England and one that merits a place on your bucket list.

Is it worthy as a special road trip destination?  Probably not.  But if you’re headed to or from the White Mountains or the wonderful coast of Maine, it makes a great two-hour stop or evening destination.  If you live in New England, it’s possible to make this a day trip from Boston, Providence or Portland.

Portsmouth is just inland from the Atlantic and faces Kittery, Maine, across the Piscataqua River.  Here, early colonists established a port in 1630 – only a decade after the Pilgrims landed at Plymouth Rock.  It’s been an important port ever since.  Strawbery Banke lasted as an intact neighborhood from 1630 to 1950 – a period of 320 years!

Early visitors collected fresh berries along the riverbank; hence, the name (and their spelling – not mine)..   Its settlers were mostly merchants and tradesmen.  Over the years, they built substantial houses, using the wood from nearby forests.  The settlement was also known as Puddle Dock for its location on a river inlet.  This was the port for much of Portsmouth’s history.  The inlet is now a large open area between the museum houses and the parking lot.

Like the city of Portsmouth, Strawbery Banke deteriorated over the years.  It was scheduled for demolition in the 1960s but was saved by local activists, who successfully raised the funds needed for historic preservation.  After several years of rebuilding and restoration, the Strawbery Banke Museum opened in 1985.  Portsmouth made a big comeback, too.

What you’ll find here is a neighborhood of 39 restored buildings, most still on their original foundations.  Nine are open to the public with historically restored interiors, including, in some cases, the furniture and artifacts of their original owners.  Historical interpreters are on hand, at least in theory, to discuss the history and lifestyles of the houses.  Costumed role players portray characters from the period.  Again, in theory.

During my visit on Saturday, May 20, there were only two historical interpreters and just one costumed role player.   Other buildings contain museum exhibits.  You’ll also see a stable, boat shop and cooperage – all closed when I was there.  The YouTube video (see below) shows a carriage ride, but that wasn’t operating during my visit, either.

After buying your ticket, you’re invited to take a self-guided tour, using a single-sheet map/guide that I managed not to get when I entered.  Apparently these are distributed when you watch the introductory video in the visitor center.  I didn’t, because I’d seen it on YouTube before leaving home – I’ll share that link with you as well.

Here’s my summary.  The houses and gardens are exquisite, well worth the price of admission.  I highly recommend Strawbery Banke to anyone who appreciates history.  You’ll want to spend at least two hours here.  The café and gift shop are worth checking out, too.

However, I’d give the museum a C minus for not having the staffing promised on the web site, for not having a better visitor guide, and for not having all the major exhibits open.  This was a warm, sunny weekend in late May!  There were also too few benches.  Lastly, it took 15 minutes to buy my ticket, even though there was only one person in front of me.

Here are the details you need to know.  For starters, go to www.strawberybanke.org.  The site has a wealth of information, including the neighborhood’s history, descriptions of the exhibits, a street map,  a parking map, a link to a PDF of the visitor guide (such as it is) and more.  Next, watch the  10-minute video at www.youtube.com/watch?v=j_YRwj9swUo.

To get there, take Exit 7 from I-95, then follow the signs.  Even with those signs, I needed my GPS to find my way.

Strawbery Banke is open daily 10-5 May through October.  It’s open weekends only for guided tours during other months – check the website for details.   Summer is, by far, the busiest time here.  Portsmouth is just an hour north of Boston, so weekends in summer will be very crowded.  Strawbery Banke isn’t Portsmouth’s only attraction; the city is considered the coolest, hippest, artsiest destination in the state and proclaims itself as New England’s top restaurant town.  The streets are jammed night and day during warm periods,

Accommodations tip:  Drive across the bridge to Kittery, Maine.  I typically stay at the Ramada Inn and eat at the legendary Bob’s Clam Hut.

The parking lot at 14 Hancock St. is convenient and free, but it will fill up on many days.  Refer to the parking map on the web site for alternatives.  My advice is to arrive at 10 a.m. when the museum opens.  The café in the visitor center building will fix you up with lunch.

Thanks for visiting Road Trips with Tom.  I’ll be traveling next week, so we’ll present a re-run of our feature on road trip navigation.

Welcome to Benefit Street – the most impressive neighborhood of END_OF_DOCUMENT_TOKEN_TO_BE_REPLACED

This week, Road Trips with Tom steams down the mighty END_OF_DOCUMENT_TOKEN_TO_BE_REPLACED